Dubai has earned itself yet another Guinness World Record 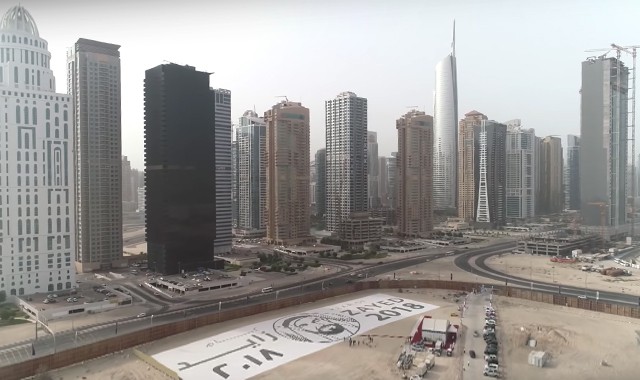 The UAE is renowned for breaking world records and it's just received another...

If there’s something Dubai is known for — other than being a shining metropolis filled with skyscrapers, man-made islands and the world’s largest shopping mall —  it’s that it has broken several Guinness World Records.

This year alone, the city rang in 2018 by setting a new Guinness World Record on New Year’s Eve, and earned the title of ‘World’s Tallest Hotel’ with the opening of the Gevora Hotel.

Now, Dubai has broken another Guinness World Record overnight, and it’s particularly special given the circumstances.

Dubai has created a new jigsaw puzzle that is made up of more than 12,000 wooden pieces and takes up 6,000 square metres near Jumeirah Lake Towers. What’s the end result? It showcases an image and the official logo of the late founding father of the UAE, Sheikh Zayed. It’s a particularly momentous moment for the country as this year has been declared as Year of Zayed.

Dubai Multi Commodities Centre (DMCC) and the Dubai Government shared the announcement via Twitter and confirmed that the city “successfully claims a new @GWR title for the world’s largest jigsaw puzzle by surface area. In celebration of the @YearofZayed, the jigsaw of 12,000+ pcs features the official logo of the national initiative.”

According to a statement released by DMCC, Ahmed Bin Sulayem, Executive Chairman of DMCC, said: “The late Sheikh Zayed bin Sultan Al Nahyan was a visionary leader of rare perception. His Highness was confident, charismatic, encouraged the continuous pursuit of excellence and made bold decisions in the face of uncertainty. He also created a sense of collective purpose and possessed a granite understanding of progress for his people.”

Now, find out more about when UNESCO named two locations in the Middle East as world heritage sites.