Hailey Baldwin and Justin Bieber are engaged, we think… 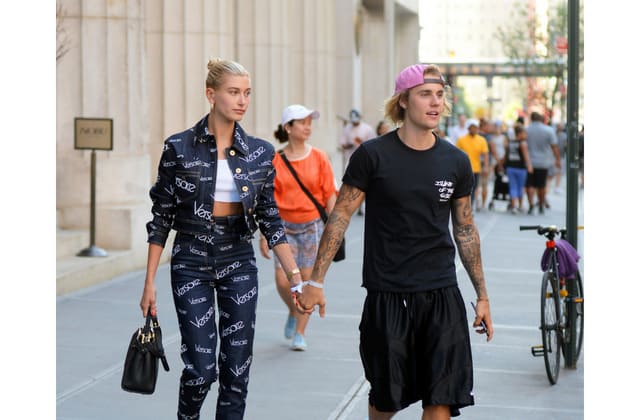 2018 has been the year of whirlwind romances — first Ariana Grande and Pete Davidson became engaged after just six weeks of dating and now it seems that Hailey Baldwin and Justin Bieber are set to tie the knot after rekindling their romance just over a month ago (the pair first dated back in 2016).

Overnight, news emerged that seemed to suggest that the Biebs and Hailey were engaged with fans posting several shots of them in which the niece of Alec Baldwin is rocking a rather sizeable diamond on her left hand. And whilst neither party has officially confirmed the news, the stars’ parents seemed to have done so for them. Jeremy Bieber took to Instagram to write, “@JustinBieber proud is an understatement! Excited for the next chapter!” whilst Stephen Baldwin wrote on Twitter, “Sweet smile on my face! me@wife (Kennya) Always pray 4 Gods will !! He is moving in hearts of JB&HB. Let’s all pray for his will to be done. Love you 2 so much !!!” He completed the post with the hashtags #Godstiming and #bestisyettocome and also tagged Jeremy and Pattie, Bieber’s mum.

The news first broke on TMZ with the site reporting that Justin proposed in front of an entire restaurant of people in the Bahamas. An eyewitness told the site that “Justin’s security told everyone to put their phones away because something special was about to happen.”

Will Kendall and Gigi be bridesmaids? Will Justin cut his hair for the wedding? We have so many questions.