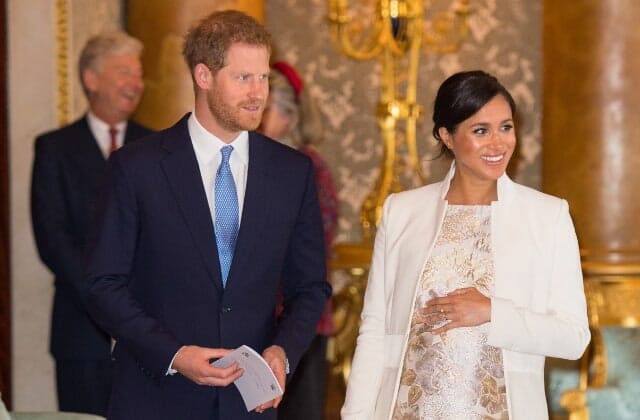 Kensington Palace has issued a note today explaining the Duke and Duchess of Sussex’s birth announcement...

It is expected that Meghan Markle will give birth to her first child with Prince Harry in the coming weeks. However, it will not be like any of the Cambridge births it has been officially announced today. After delivering all three of her children, Kate Middleton appeared with Prince William on the steps of the Lindo Wing in front of the world’s media. This will not be the case with Meghan, with the Palace confirming the pair “have taken a personal decision to keep the plans around the arrival of their baby private. The Duke and Duchess look forward to sharing the exciting news with everyone once they have had the opportunity to celebrate privately as a new family.” It is expected that Meghan will follow in the Queen’s footsteps and have a midwife-led birth at her new home, Frogmore Cottage. It’s not surprising the pair wish to have a more low-key birth announcement than the Cambridge’s, as their children are not in line to the throne, unlike Prince George, Princess Charlotte and Prince Louis, and they themselves will not be a ruling family. Our eyes are officially glued to the @SussexRoyal Instagram account for the foreseeable future. Until then, find out more about the Sussex’s new home.