The old town is getting recognised
June 26, 2018
Meeran Mekkaoui 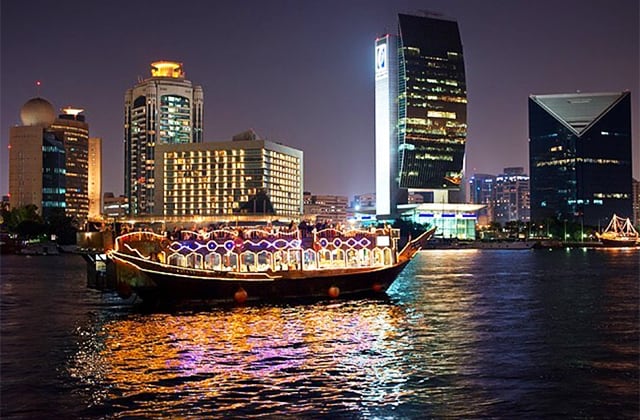 What do Petra, the Great Wall and the Taj Mahal all have in common? They're all on UNESCO's World Heritage List and this Dubai landmark might be joining them soon...

Dubai is already home to a handful of famous monuments such as the Burj Khalifa, Burj Al Arab, Palm Jumeirah and the Atlantis Hotel. And whilst the city is known for being a bustling metropolis, there’s also a slew of historical landmarks that are just as beautiful as their newer counterparts.

Now, one of the city’s oldest landmarks might be the latest addition to the UNESCO World Heritage List.

The old side of Dubai is already home to some must-visit spots for tourists (and residents alike), such as the gold souks but, it’s the glistening Dubai Creek that might take home the UNESCO title.

According to the Dubai Media Office, the “Dubai Creek is one of the 30 sites nominated for inclusion on UNESCO’s World Heritage List during the 42nd session of the World Heritage Committee held currently in Bahrain.”

The country already has one site that made the list (it’s the cultural sites of Al Ain), and if Dubai Creek is successfully named, this will mark the second inclusion for the UAE.

Now, read more about the UAE’s decision to send its first astronaut into space next year.