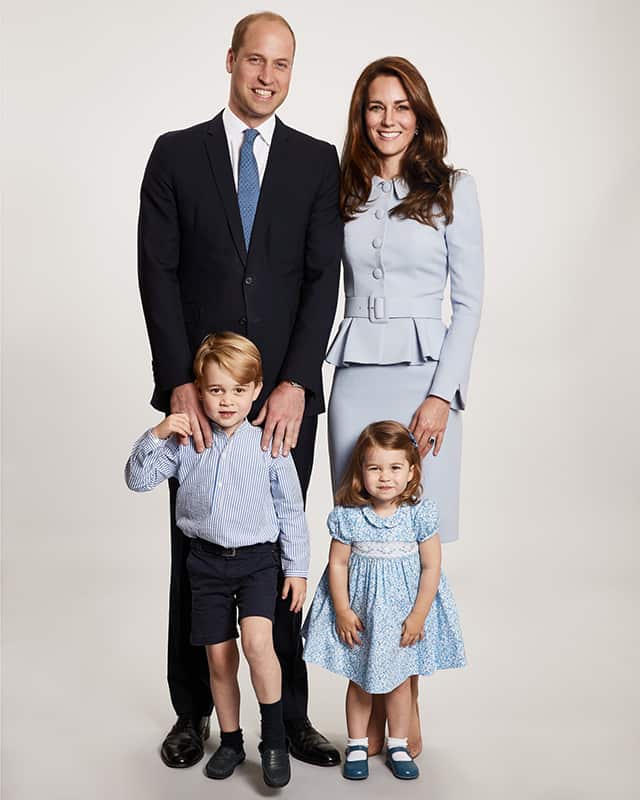 After announcing her pregnancy in September, the Duchess of Cambridge has finally welcomed a baby boy...

Just this week we saw Prince William, Prince Harry and royal-to-be Meghan Markle attend Queen Elizabeth’s 92nd birthday celebrations at London’s Royal Albert Hall. Kate Middleton was not in attendance because she was due to give birth to her third child any moment and now, the day has finally arrived.

The Duke and Duchess of Cambridge have officially welcomed a baby boy.

Her Royal Highness was admitted to St. Mary’s Hospital in Paddington, London, (where she delivered Prince George and Princess Charlotte) earlier this morning and as usual, a swarm of media photographers and paparazzi were located outside the Lindo Wing, eagerly waiting for the newest addition to the family.

Earlier this month, we learned that Princess Charlotte had a chance to make history and change the British monarchy if her younger sibling is a boy, and now that it is confirmed, Princess Charlotte will be the first female royal in history to not lose her spot in line for the throne.

Congratulations to the royal family!

Now, find out the latest details for the upcoming Spring wedding of Prince Harry and Meghan Markle.