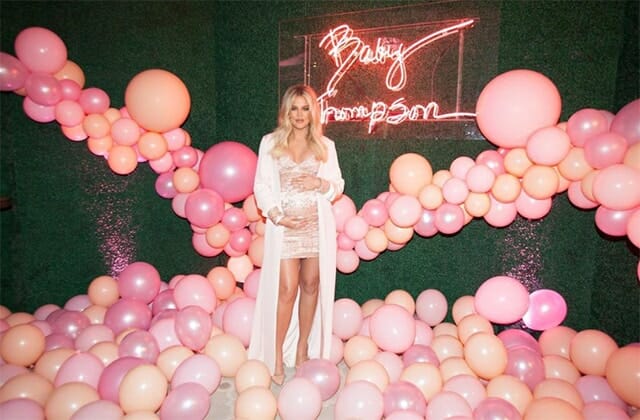 The Kardashian/Jenner clan (or shall we say Klan) are known for their beauty empires, over the top celebrity parties, statement styles and a slew of famous friendships within the industry but, they’re also known for giving the next generation unique names.

Earlier this year, Kim Kardashian and Kanye West welcomed their third child, Chicago, via surrogate, who joins her siblings Saint (2) and North (4). This was shortly followed by Kylie Jenner‘s birth reveal in a heartwarming video (the beauty mogul hid her pregnancy from the public eye for several months) after which she revealed she had named her daughter Stormi Webster.

Now that Khloe Kardashian has given birth earlier this week, the Internet has been eagerly waiting for the news of what the youngest Kardashian will be named. The news emerged overnight and it’s not Kardashian.

The Good American Founder took to her social media channels to introduce her and her partner, Tristan Thompson’s baby, True Thompson, to the world. 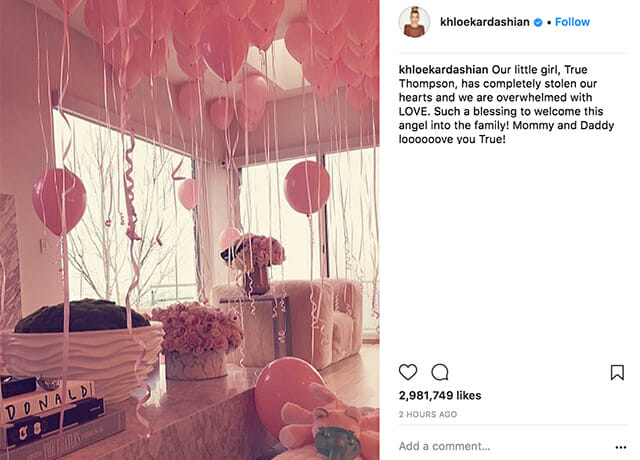 The good news comes just days after a slew of negative claims surrounding Tristan’s unfaithfulness to the reality TV star.

Congratulations to Khloe and Tristan!

Now, take a look at some of the best celebrity Instagrams from Coachella – Weekend One.