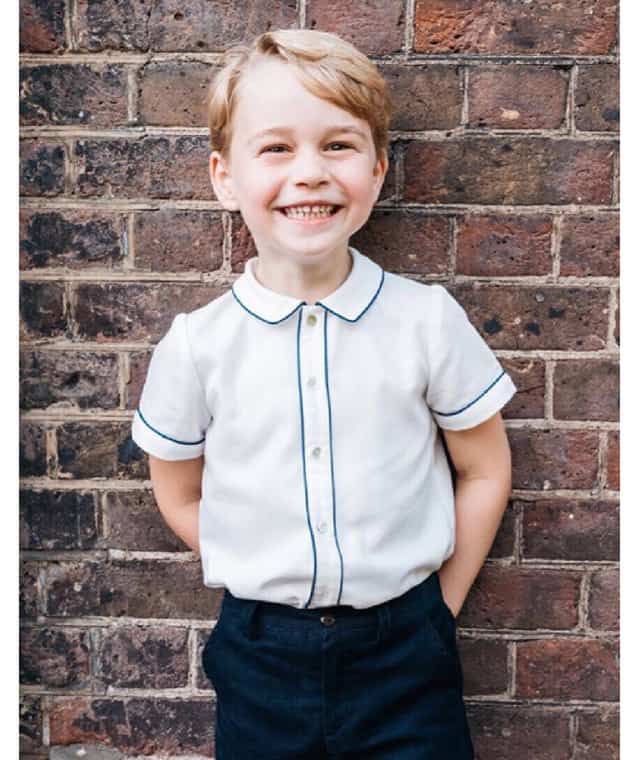 Today is Prince George's fifth birthday and Kensington Palace has released a new portrait to celebrate...

Prince George is celebrating his fifth birthday today and Kensington Palace have released an adorable new portrait of the young royal overnight to mark the special occasion.

Sporting his signature white short-sleeve button shirt and shorts, the third-in-line for the throne is seen with a huge smile across his face in the image captured by royal photographer Matt Porteous. Given his outfit, it is thought that the photo was snapped on the day of his younger brother Prince Louis’ christening. Kensington Palace wrote on Twitter, “The Duke and Duchess of Cambridge are very pleased to share a new photograph of Prince George to mark His Royal Highness’s fifth birthday.”

This is the second time Porteous has been tasked with capturing Prince George, having taken the image celebrating his third birthday back in 2016.

It has become tradition for the family to release portraits for milestone events including birthdays and the first day of school and this one might just be one of the cutest yet.