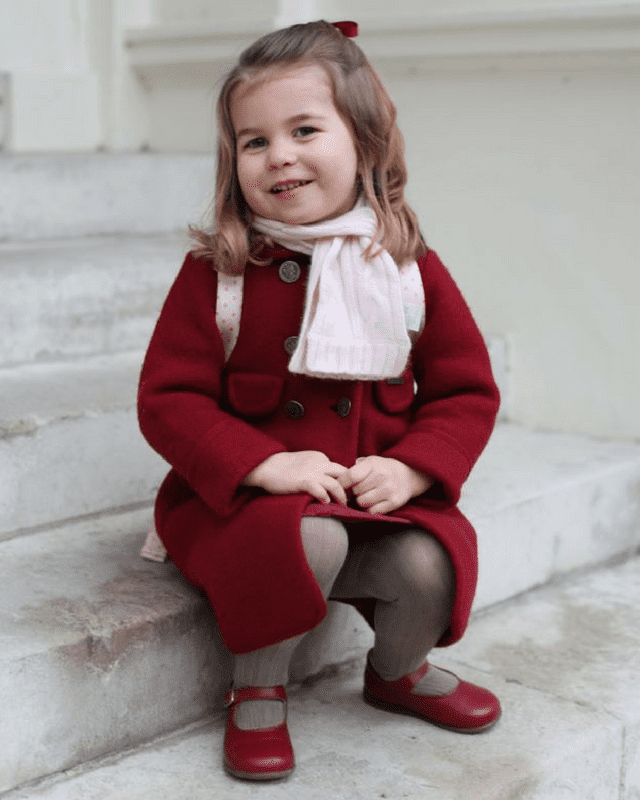 The royal family has started 2018 on a seriously cute note as Princess Charlotte has started nursery school. See the images below...

Prince William and Kate Middleton know a thing or two about taking adorable photos of their equally cute kids and the latest set of images to be released by Kensington Palace is no different.

Overnight, the palace released two images to celebrate Princess Charlotte‘s first day at Willcocks Nursery School. It was announced Charlotte would be attending the school in the release of the family’s annual Christmas card in December. 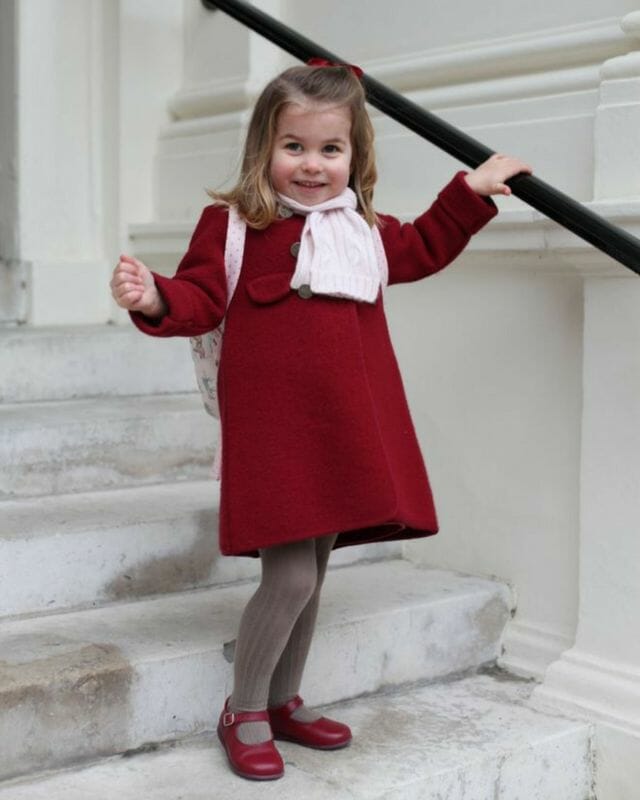 Taken by Kate (who is expecting the couple’s third child, reportedly due in April), the photos are reminiscent of the images of George on his first day of school with the two-year-old royal beaming with excitement in a red peacoat and matching Mary Janes. Many have noted the similarity between Princess Charlotte and Queen Elizabeth when she was younger.

In other royal news, Prince Harry and Meghan Markle have their second official outing scheduled for today so be sure to watch this space. In the meantime, read our interview with Pretty Little Liars actress Tammin Sursok who is in town for her new role as Global Ambassador for Zero Makeup.