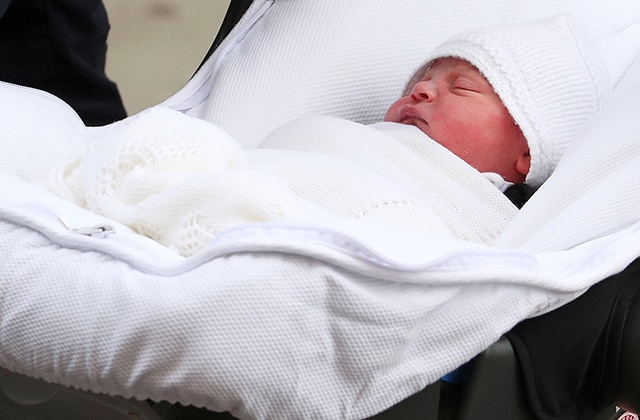 The wait to find out the name of the new prince is over...

It’s been an exciting 24 hours for the British royal family. News broke earlier this week that the Duchess of Cambridge had been admitted to hospital shortly before 6am London time and five hours later, that she had given birth to a healthy son.

The world’s media gathered outside the entrance to the Lindo Wing at St. Mary’s Hospital, eagerly awaiting the first glimpse of the prince. And seven hours after giving birth, Kate Middleton appeared outside the Lindo Wing with husband Prince William to introduce their newborn son to the world.

Now, the new prince’s name has finally been revealed.

The traditional moniker follows that of George and Charlotte. The arrival of Louis Arthur Charles (the baby will be known as His Royal Highness Prince Louis of Cambridge), is of special significance to Princess Charlotte, who not only gained another brother, but also made history as the first female royal to not lose her spot in line to the throne upon the birth of a male relative.

It is expected that the family’s first official outing will come at Prince Harry and Meghan Markle‘s wedding in three weeks time.

Now, see Prince Harry and Meghan Markle as they stepped out in public moments after the Duchess had given birth.