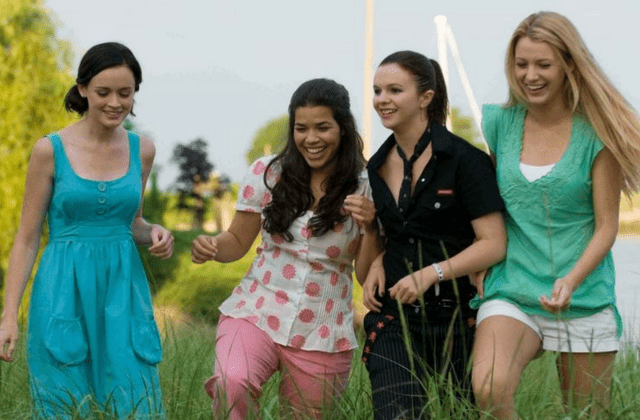 One of the best films about friendship could be getting a third installment and we already can't contain our excitement...

The first Sisterhood of the Traveling Pants movie was released in 2005, followed by a highly anticipated (and equally as heartwarming) sequel in 2008. Now, 10 years later it looks like all of our dreams could come true with two of the movie’s leading ladies actively talking about a third installment.

Across the weekend, both Alexis Bledel (who played Lena) and Blake Lively (who played Bridget) were interviewed during separate press junkets and asked about the possibility of a third film.

In the midst of promoting her new film, Lively responded to questions on the film saying, “I think it could really happen. I think that people who love the movie want to see it. So, I mean, fans have gotten bigger movies made. Deadpool is all thanks to the fans. So I’m saying we’ll do it.”

Meanwhile, Alexis, appearing on The Tonight Show with Jimmy Fallon, went one step further and revealed that they have actually pitched the third movie already. “I would love it. It would be the best thing,” she said in response to Fallon’s question around whether or not she and the girls would be up for it, adding, “I mean, we don’t get to see each other a lot because everyone has work and family and everything but when everybody’s in town we do, and we just pitched a third movie, and I hope it comes together. It’d be so great. Yeah, we did [pitch it for real]. I’d love it, I would love it.”