Here's where the pair will visit
September 11, 2018
Maddison Glendinning 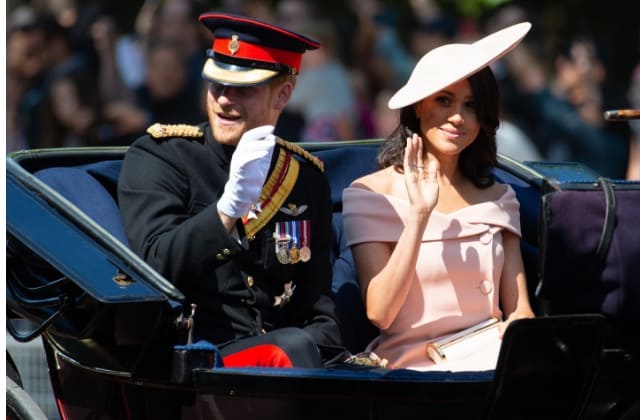 In just over a month, Prince Harry and Meghan Markle will embark on their first overseas royal tour together. More details about the trip have just been announced...

Shortly after tying the knot, the Duke and Duchess of Sussex revealed that they would be embarking on their first official overseas trip in October. The trip was scheduled to coincide with the Invictus Games, for which Prince Harry is a patron, and, according to royal experts, to capitalise on the goodwill the Commonwealth countries have towards both Prince Harry and Meghan Markle.

We knew the trip would involve a stop Down Under and now, the official itinerary has been released by Kensington Palace. And it looks like there’s going to be very little downtime for the newlyweds upon landing.

They will arrive in Sydney on October 16, before heading to Dubbo and Melbourne in the 48 hours after and then returning to Sydney for three days. On October 21, they will fly to Fraser Island and then onto Suva, Fiji where they’ll stay on the 23rd and 24th before heading to Tonga for two days. They’ll then head back to Sydney for less than 48 hours before jetting out to New Zealand where they’ll visit Wellington first, followed by Abel Tasman, Auckland and Rotorua. Just writing that was exhausting.

According to the Palace, the trip “will focus on youth leadership, environmental and conservation efforts — including the dedication of several new Queen’s Commonwealth Canopy projects — and the recovery and rehabilitation of servicemen and women through the Invictus Games Sydney 2018.”

The countdown is officially on.

Until then, find out what Monsieur Givenchy’s close friend Eloy Martinez had to say about Meghan Markle’s impact.