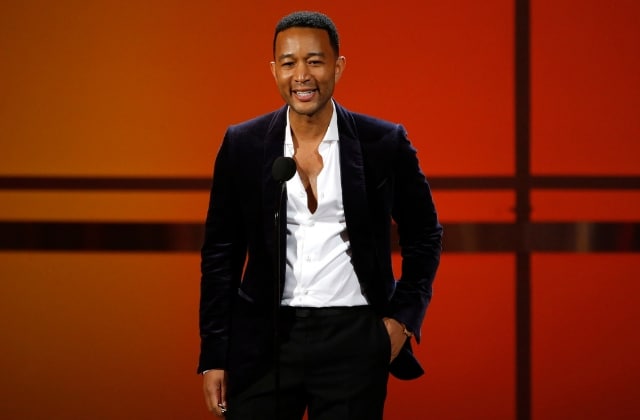 John Legend is a seriously talented man. And now he's got four trophies to prove it...

Last night, the Creative Arts Emmys took place in Los Angeles to celebrate this year’s best creative talent. John Legend was in attendance with wife Chrissy Teigen as he was nominated for his role as a producer on the musical Jesus Christ Superstar Live in Concert.

And it’s a good thing he was there, because the All of Me singer snapped up the award for the Outstanding Variety Special (Live) for the aforementioned role. The win in and of itself is a pretty huge deal, but that’s not even the tip of the iceberg of what it means for Legend.

His win now makes him part of an elite group of only 15 people to have received an Emmy, Grammy, Oscar and Tony Award. Collectively it’s known as EGOT status and Legend is not only the first black man to achieve it, he is also the youngest.

Andrew Lloyd Webber and Tim Rice also joined the EGOT club with their wins last night, with the three men joining the likes of Audrey Hepburn and Whoopi Goldberg to have the very rare status.

Now, find out which two Middle Eastern entrepreneurs were included for the first time in this year’s #BoF500.