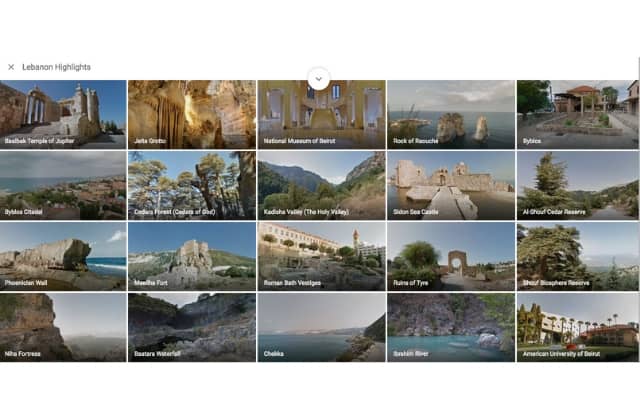 Google has just announced the launch of a new Street View Special Collection dedicated to the landscape of Lebanon...

Google Street View has long provided users with the ability to explore areas from the comfort of their own home or desk via their computer. Now, Google has introduced the latest addition to its Street View Special Collection series: Lebanon.

From today, users can explore 41 of Lebanon’s top historical and archaeological sites as well as discover the beauty of the natural terrain and landscape of the country from the North to the South. Some of top destinations included in the collection are the Jeita Grotto, Al Shouf Cedar Nature Reserve, Beaufort Castle, Byblos and the American University of Beirut which has existed for over 100 years.

The footage was collected by a ‘Trekker’ which Google describes as “a wearable Street View backpack with a camera system [that is] designed to go down footpaths, tracks and narrow pathways to capture photos that uncover natural beauty and unique landscapes.”

Speaking of the new collection, Joyce Baz, the Head of Communications for Google MENA, said in a release, “We’re happy to announce that we’ve collected panoramic imagery of the most unique landmarks in Lebanon with the Street View Trekker. We look forward to putting more of Lebanon on Street View for the world to explore the country’s rich heritage.”