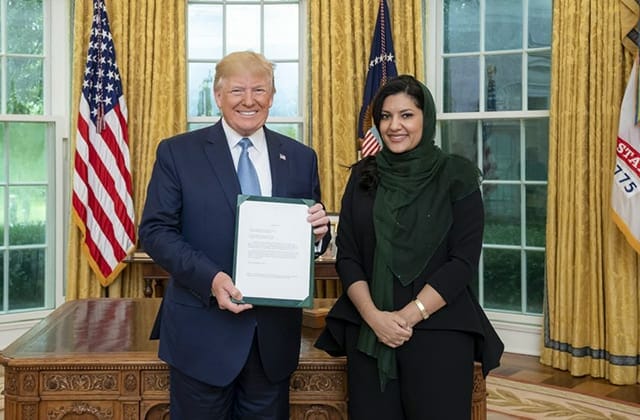 The regional royal is the Kingdom’s first female ambassador to the country and one week into her role, Princess Reema already met with President Donald Trump and presented her credentials as Saudi Arabia’s top diplomat in Washington.

Princess Reema succeeds Prince Khaled bin Salman in the role, who is the brother of Crown Prince Mohammed bin Salman. He is currently appointed as Saudi Arabia’s Deputy Defence Minister.

In other culture news, find out which major musicians are set to perform in Saudi Arabia later this month.