The King of Pop is put under the spotlight
June 28, 2018
Meeran Mekkaoui 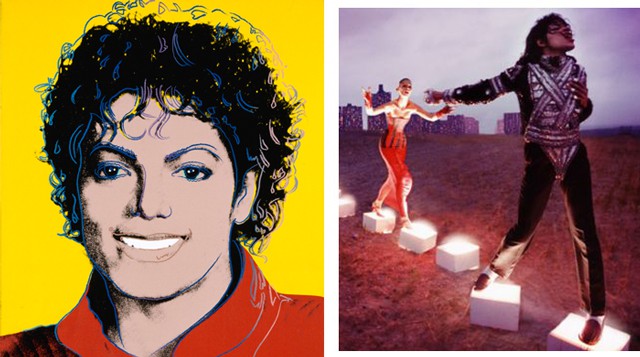 Michael Jackson's iconic music and style is being highlighted in a dedicated exhibition that has just opened its doors today. Here's what you need to know...

Michael Jackson is one of music’s greatest figures. His iconic works including Thriller, Beat It and Man in the Mirror, his fashion sense and seriously entertaining dance moves won the world over, even long after his tragic passing in 2009.

Now, a new exhibition, titled ‘Michael Jackson: On the Wall’, will highlight the King of Pop’s music and persona. It is being run by Hugo Boss and the National Portrait Gallery in London.

Set to run until August 29 (which would’ve been the singer’s 60th birthday), the exhibition will explore how the musician has influenced several contemporary artists and will display photographs, installations, paintings and creative works that pay tribute to his genius. The works have been created by some of the industry’s biggest names such as Andy Warhol, Keith Haring, David LaChapelle and Grayson Perry.

According to WWD, the Head of Global Communications at Hugo Boss, Hjödis Kettenbach, spoke of how the collaboration came about saying, “When the National Portrait Gallery told us that this artwork was included, it was a no-brainer for us to work with them because, on the cover [of the Thriller album], Michael is wearing the iconic Hugo Boss white suit. It’s amazing to have this connection to him.”

To celebrate the iconic Hugo Boss white suit, the fashion brand will release a more slim-fitted edition of the suit and will only have 100  individually numbered pieces made. The brand will also release a limited-edition capsule of three unisex T-shirts which will feature graphic prints of a significant moment in the pop star’s career.

The ‘Michael Jackson: On the Wall’ exhibition opens today at the National Portrait Gallery in London and will run until August 29, 2018.

Now, take a look at how Gucci Garden is paying tribute to this Icelandic singer.