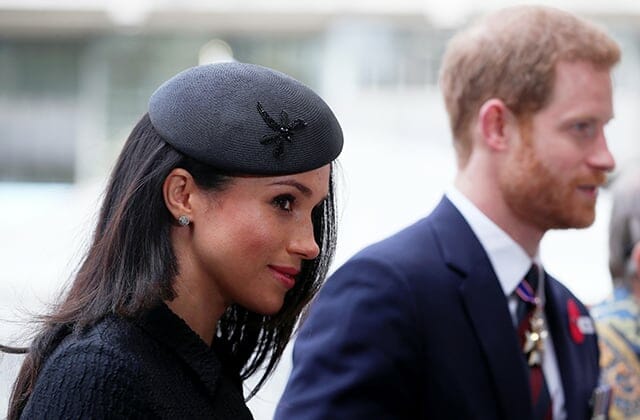 This week has been quite a memorable one for the British royals. Marking Queen Elizabeth‘s 92nd birthday, Prince William, Prince Harry and his bride-to-be Meghan Markle, were in attendance to celebrate the royal affair that took place at London’s Royal Albert Hall. Then came the breaking news of the Duke and Duchess of Cambridge’s safe delivery of baby number three.

But, Prince Harry and Meghan Markle (who just revealed their wedding day music) have had quite a busy agenda of their own, with several engagements leading up to their May 19 wedding.

Just hours after Prince William and Kate Middleton introduced the new prince to the world, the engaged couple attended a memorial service to mark the 25th anniversary of Stephen Lawrence’s passing.

Today, the royal couple were up at the crack of dawn to start their engagements for Anzac Day in London.

Marking the former Suits actress’ first appearance at an Anzac Day service (which honours the members of the Australian and New Zealand Army Corps (ANZAC) who served and passed away in wars, conflicts and peacekeeping operations), Markle remained alongside her fiancée (a former army officer) during the ceremony where he laid a wreath to commemorate the servicemen and women.

The soon-to-be-royal was elegantly dressed in a military-style coat (that is reportedly custom-designed by Matthew Williamson), along with Sarah Flint Jay pumps in black and Gucci‘s signature Dionysus velvet super mini bag. 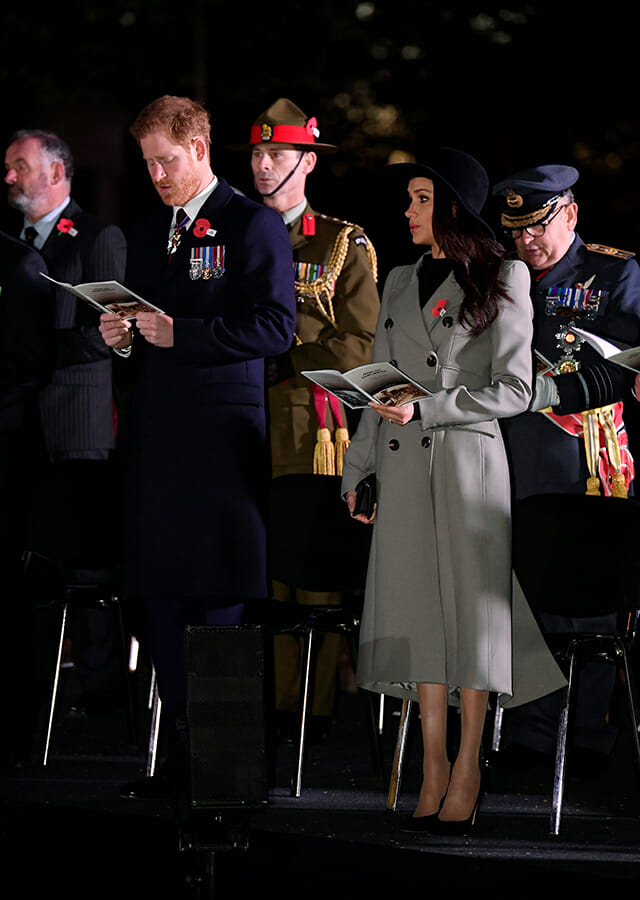 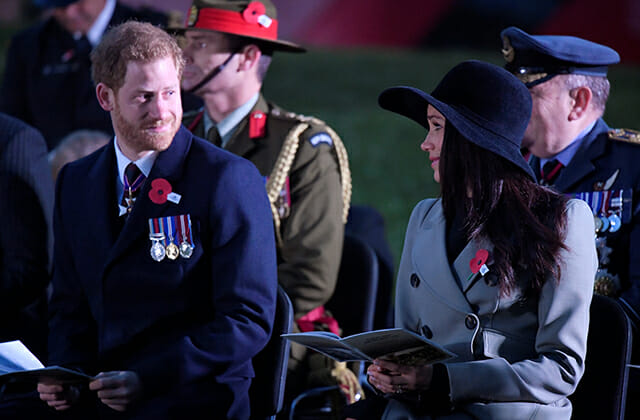 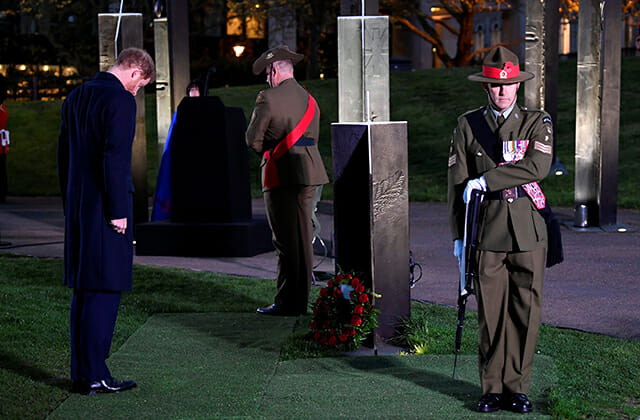 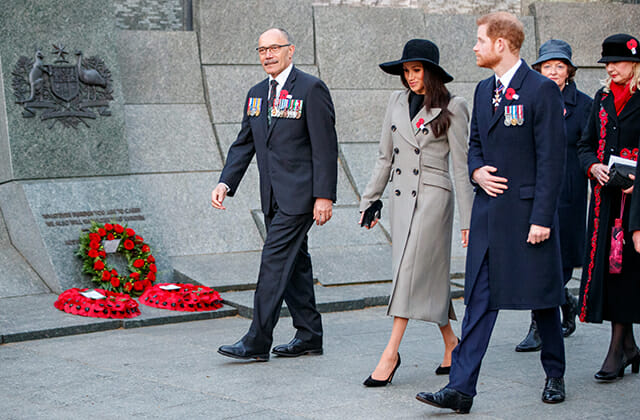 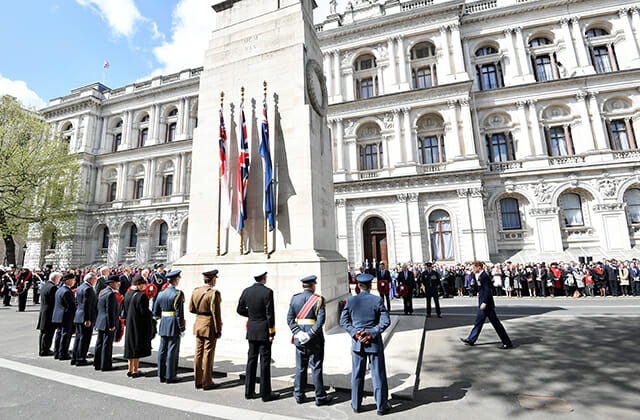 The second engagement for the royals took place later that day as the pair were spotted attending the Parade Service at the Cenotaph, that included around 400 people, including military veterans and their families.

The couple were also present for the Service of Commemoration and Thanksgiving at Westminster Abbey, which also saw new dad Prince William in attendance, too.

Oh, and did we mention that the bride-to-be had changed into a completely different outfit for the day service? She wore a black bespoke Emilia Wickstead skirt suit with a black hat, clutch and heels. 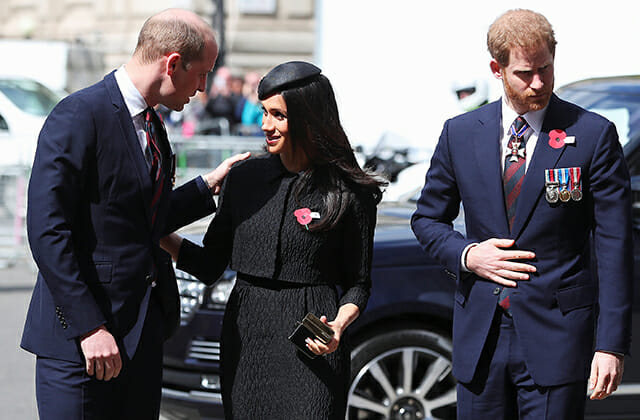 Now, find out who alongside Prince Harry and Meghan Markle, has made it to Time‘s Most Influential People list.