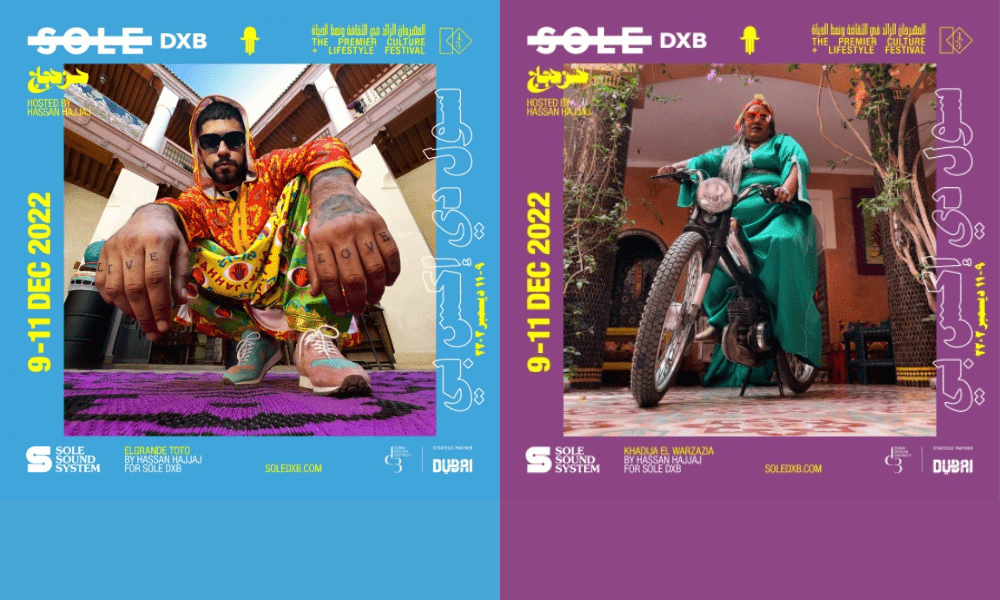 One of the region’s premier festivals has just announced further details of its return for 2022. Here’s what we know so far…

Sole DXB is the coolest event on Dubai’s style calendar and earlier this year, it announced its return for 2022 after a three-year hiatus. And as its December slot gets closer, so is our growing excitement.

The regional festival will return to d3 on December 9 to 11 and will bring a whole heap of exhibitions, activities, performances, workshops and personalities. Celebrating its 10th edition, this year’s festival is focusing on what’s next, championing up-and-coming brands, trends and talents from the Arab world and its wider diaspora.

“This is a major milestone for us, having a decade under our belt,” said Joshua Cox, Sole DXB co-founder. “And we always knew the story would land right back where we started. This year, we’ve had the honour of working alongside our friend, Hassan Hajjaj, an artist that has dedicated his life to building the culture and elevating the contributions of the Arab world to it. We’ve worked together to build a show that better reflects our values and this is going to be a celebration of the ideas that continue to drive us.”

As to what expect? The official calendar hasn’t been released yet and the schedule and line-up of performances will be revealed closer to the date. However, with previous performers and guests including Stormzy, Wu-Tang Clan, Nas and more, we’re expecting nothing less.

Tickets are now available for presale at Soledxb.com.