How ‘Third Culture Kids’ are making their mark in the region 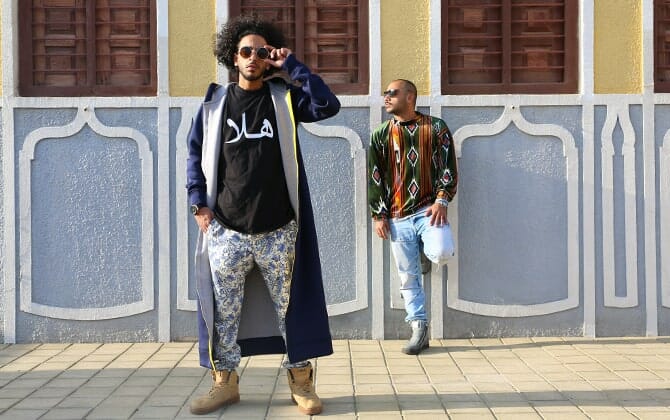 Positioning itself as more than just a product hub, Apple go way beyond the screen and focus on the cultural diversity of its communities...

Apple continues to push boundaries when it comes to highlighting creatives across the globe, especially in the Arab peninsula. The multinational tech company launched ‘Today at Apple’ to do so and the creative initiative educates and inspires customers to not only further experience their Apple products but as well, their passions.

This February, Today at Apple have launched a new series of sessions entitled ‘The New Gulf’, and it focuses on the voices of the new generation — those making their mark in the Middle East. And what better way to understand the new leading personalities than by meeting them through Apple’s inspiring sessions?

Unravelling the cultural diversity of the “khaleej” /Arabian Gulf, you’ll be able to explore a plethora of new skills in film, art, music and photography, as well as understand more in-depth topics such as the evolution of Arabic rap, UAE’s surfing community, visual storytelling and music influences, through the eyes of new artists and creatives.

This month, the sessions will include Sons of Yusuf from Kuwait, portrait photographer Koree, multidisciplinary artist Reem Falaknaz, music influences from Kolkata-Dubai duo Parekh & Singh, archiving cultures by Gulf Photo Plus, a visual storytelling of third culture kids, as well as an exploration of identity by Somalian artist FREEK.

Here, Buro. Middle East spoke to two musical duos to understand the meaning behind being a ‘Third Culture Kid’, their collaborations with Apple and how their specialities have evolved in the region… 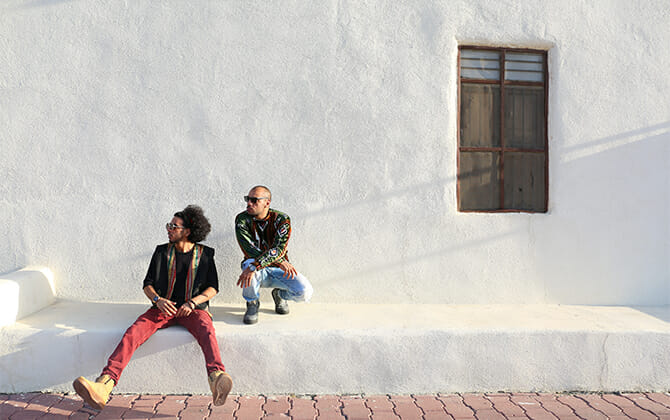 What does it mean to be a ‘Third Culture Kid’?
It’s great. You get to experience a new culture, new language, new everything. You get to learn things that you could take back home with you, it’s like a cultural exchange. For us, we were always in a position where we had to explain where we come from and how life is back in Kuwait. People always had a misunderstanding and they always had questions too, so their interest and curiosity gave us this task as little kids, and looking back at it now it all makes sense with what we’re doing, feels great.

How did this collaboration with Apple first start? What does it mean to you to be part of  the “Today at Apple” program?
It means a lot to be a part of Today at Apple program which aims to support younger generations and upcoming talents in the Arab world. It’s such a great idea to have a platform that recognizes third culture kids and highlighting their unique stories that make up the cultural fabric of the region.

How has Arab hip-hop evolved in the region?
Greatly. We’ve been working so hard for the past decade trying to build the culture and we’re witnessing a huge change throughout the years. We think this is only the beginning, and it’s going to grow. Especially now that we have established a signature sound and a new genre as people call it, we have a voice internationally, and at this day and age our side of the story matters and is being heard everywhere. The Gulf is at its peak now and we’re honored to be a part of this new era out here. 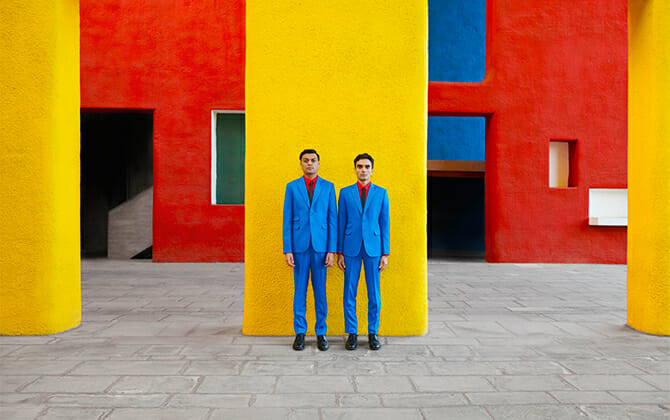 What does it mean to be a ‘Third Culture Kid’?
In all honesty, both of my parents raised me in India with a sense of curiosity. I think they were both third culture kids more than myslef. My mother grew up in the US in the 1970’s so that really cultured here taste for music and popular western music in particular. I feel that had a lot to do with the music that I eventually grew up with. My father on the other hand explored a ‘third culture’ through books, movies and all the media that India was processing in the same era. I think any kid today is a third culture kid.

How did this collaboration with Apple first start? What does it mean to you to be part of  the “Today at Apple” program?
Today at Apple is an excellent platform to engage a wide audience, learn creative skills and expose people to different talents. We think the “New Gulf” series is a great platform that unravels the cultural diversity of the “khaleej”/Arabian Gulf through the distinct eyes and voices of the new generation artists and creatives. Focusing on the unexpected stories that make up the cultural fabric of the region, attendees will get hands-on to explore new skills in film, art, music, and photography.

How has pop music evolved in the region?
In India and the UAE — I think that technology has really erased any sort of geographical restrictions that may have existed earlier. Pop music that is produced in Asia or the Middle East today is as interesting and enjoyable as pop music from the west. There are no barriers anymore.

The Today at Apple’s session “The New Gulf” will run throughout February.

Now, see how Apple kicked off 2020 by celebrating the region’s creativity.