This film just made history at the Oscars 2020 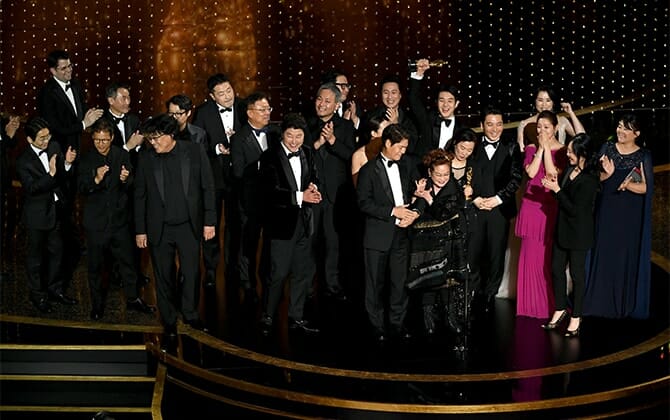 The Oscars 2020 winners' list is here and one film stood out in particular...

The 92nd Academy Awards, aka the Oscars, took place in the early hours of this morning and whilst there was a stellar red carpet, it was all about the ceremony too, which for the first time ever, saw a non-English language film win best picture.

Bong Joon Ho’s Parasite has been showered with praise throughout awards season and the South Korean thriller earned the industry’s critics with its script, directorial and outstanding performances courtesy of the screenplay’s cast.

The twisty thriller was actually the first South Korean film to be nominated (and win) best international film, so for the film to take home winnings for best picture, director and original screenplay is major — four Oscar wins is the most for any film.

Making a career comeback, Renée Zellweger was named best actress for playing a broke and broken Judy Garland in Judy whilst Joaquin Phoenix won best actor for his performance in Joker, marking his first Oscar. 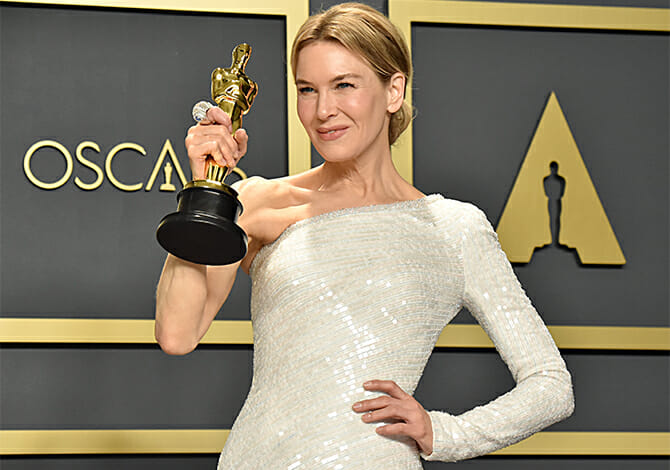 Some of the other key highlights that took place during the ceremony was that Brad Pitt got political whilst accepting his best supporting actor award and surprisingly, Eminem came on stage to perform his hit single Lose Yourself, and received a standing ovation from the crowd.

Supporting Actor: Brad Pitt, Once Upon a Time in Hollywood

Production Design: Once Upon a Time in Hollywood, Barbara Ling and Nancy Haigh

Now, take a look at the best sartorial looks from the Oscars 2020 red carpet.