This Reggaeton star will be performing in Abu Dhabi next month 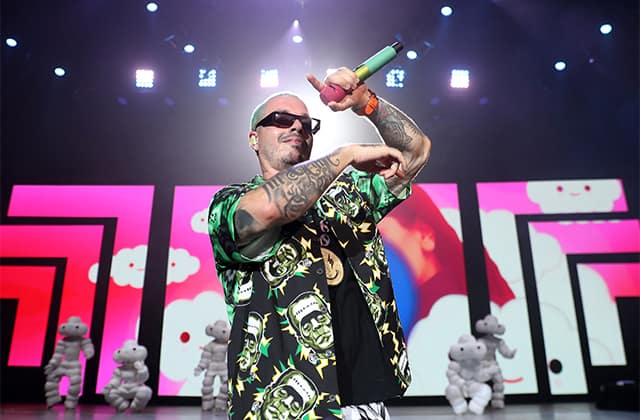 Latino hitmaker J Balvin is set to perform in the UAE's capital next month and we can't wait for the performance...

A slew of artists are set to perform in the UAE later this year and perhaps one of the most exciting performances on the roster are the Red Hot Chili Peppers. The American band are returning to the Middle East to perform at Abu Dhabi’s inaugural UFC 242 event on Yas Island, and it looks like they’re not the only A-list musicians set to take the stage.

Joining the four-member band will be J Balvin — one of the stars currently at the forefront of the music scene.

His Latin flavours and Reggaeton hits have won the world over and now, fans in the Middle East will be able to catch him in action as he headlines the seven-day fight and fitness festival.

What kind of tunes can you expect from the Columbian singer? Well, there’s his track with Cardi B, I Like It, and Beyoncé’s remix of his hit single Mi Gente, to start off with.

Balvin’s performance will mark his UAE debut when he plays at The Arena, Yas Island’s brand new indoor venue, on September 5, 2019.

For tickets, a special early bird sale for Balvin’s concert will be available from today, August 19, from 12pm (local time).

Now, find out which major acts will be headlining this major festival in Dubai.