Kylie Minogue has been confirmed to perform in Dubai this year 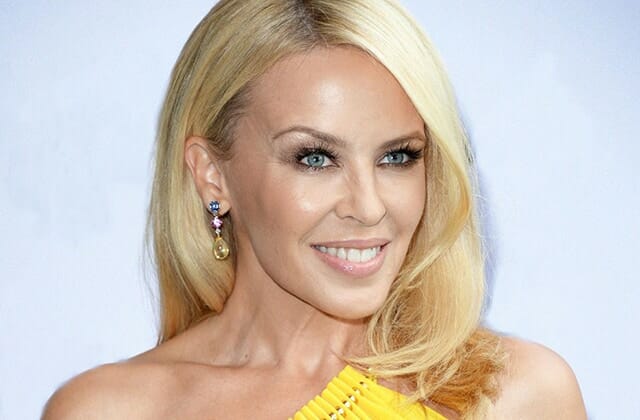 Your head will be 'Spinning Around' with excitement once you find out who will be headlining Dubai Rugby Sevens this year...

It looks like the second half of the year is set to be quite an exciting one for us here in Dubai. There’s plenty to look forward too including a slew of music performances by some of the world’s biggest names. The impressive list of artists include Eminems (who will be performing in Abu Dhabi this year), Travis Scott (the first headliner of the 2019 Abu Dhabi Grand Prix) and 1975 (the indie pop rockers will take the stage in August).

Now, another major musician has just been added to the list of performances and it’s none other than Kylie Minogue (yes!).

The Australian-British pop sensation has just been announced as this year’s Dubai Rugby Sevens headliner and she really couldn’t have been a better fit for the role.

With endless hits from over 30 years under her belt, the Grammy Award winning artist will be bringing those classic tunes including Spinning Around, Can’t Get You Out Of My Head, On a Night Like This and Love At First Sight.

According to What’s On, the popstar already made a statement regarding her comeback to the Middle East and said: “I’m so excited to be coming back to the UAE for a very special performance at the 50th Dubai Rugby Sevens which is on December 6, so Dubai get ready, we’re going to party.”

You can count us in for the party!

The Dubai Rugby Sevens 2019 will take place on December 6, 2019 at the Sevens Stadium in Dubai.

Now, find out who holds the title for the world’s richest female musician.