Ka-ching! Here are the musicians that made bank this year 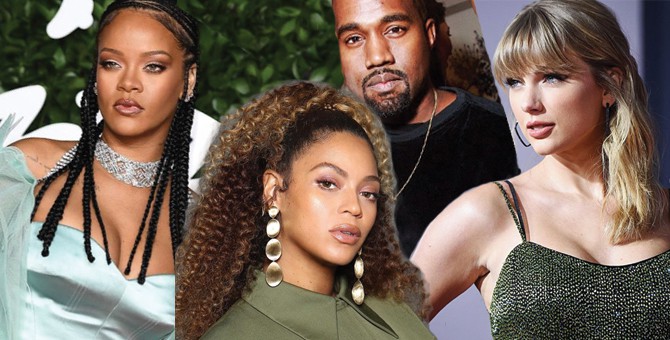 Ever since Kanye West and Taylor Swift had that unforgettable run-in at the MTV Video Music Awards almost a decade ago, their rollercoaster on-off feud has been one of music’s greatest love-hate relationships of all time.

Now, the dynamic duo are battling it out once again for the title of music’s highest-paid act. And this time around, Taylor wins landing the top spot on the Forbes list of Highest-Earning Musicians for 2019, her second time in five years. Yes, the superstar songstress took in an estimated $185 million this year alone, trailed by Kanye, who was not far behind with $150 million thanks to a surge in sales of his adidas Yeezy sneakers line and the release of one super-popular gospel album.

Ranging from hip-hop to pop and rock, this year’s list featured various artists; at No.3 is British singer-songwriter Ed Sheeran who earned a cool $110 million, music’s royal couple, Jay-Z and Beyoncé, tied in sixth place with $81 million each, while Drake (8th) and Sean ‘Diddy’ Combs (9th) trailed not that far behind at $75 million and $70 million respectively.

Unfortunately, this year’s list once again highlights the unfortunate reality of the music business, with only ten women making the top 40 ranking — a marginal improvement over 2018’s one-in-five ratio.