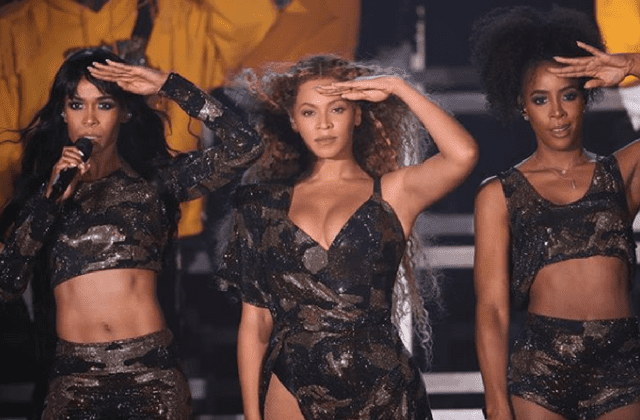 Just when we thought nothing could top Beyoncé's Coachella performance this year, the star brought her former bandmates out on stage for a long-awaited reunion...

We always knew that Beyoncé‘s appearance at Coachella would be beyond epic and we were right. From a full band, to a troupe of back-up dancers, a choir and an appearance by husband Jay Z, the Queen’s set ticked every box. And, just when we thought it couldn’t get any better, Bey was joined on stage by former Destiny’s Child bandmates Michelle Williams and Kelly Rowland.

Dressed in sequinned army ensembles, the trio took to the stage to sing a medley of their top hits including Say My Name, Lose My Breath and Soldier much to the delight of the screaming audience.

The trio has reunited twice over the past five years, first appearing at Beyoncé’s 2013 Super Bowl half-time show and then at the Stellar Gospel Music Awards in 2015.

The appearance (which came after she had to cancel last year’s performance after learning she was pregnant with twins Rumi and Sir Carter) capped off an exceptional set by the artist that’s certain to go down in Coachella history.

Then, see which other artists you can livestream from this year’s festival.