To say they're not happy is somewhat of an understatement
January 11, 2018
Maddison Glendinning 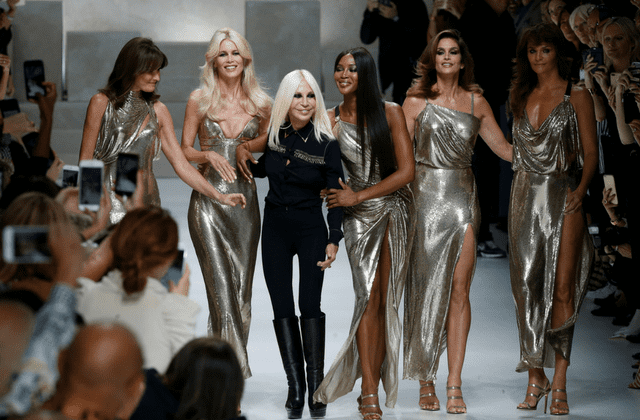 The second series of American Crime Story is just a few days away from making its debut and yet, the family involved is far from happy about it. Find out why below...

Since launching last year, American Crime Story has had the world talking. The first series of the show, called The People vs. OJ Simpson, followed the “trial of the century” where OJ was arrested on suspicion of murder and then found not guilty after a 15-month trial. Now, the second season is due to air in a matter of days and has stirred up a whole host of controversy before it’s even hit the air.

The second series will focus on the life and death of legendary designer Gianni Versace, paying particular attention to why he was targeted by serial killer Andrew Cunanan. And whilst many are looking forward to the show, it seems the Versace family is not.

The family released a statement earlier this week denouncing the TV show as a “work of fiction” and released a lengthier statement overnight that read:

“As we have said, the Versace family has neither authorised nor had any involvement whatsoever in the forthcoming TV series about the death of Mr. Gianni Versace, which should only be considered as a work of fiction. The company producing the series claims it is relying on a book by Maureen Orth, but the Orth book itself is full of gossip and speculation. Orth never received any information from the Versace family and she has no basis to make claims about the intimate personal life of Gianni Versace or other family members. Instead, in her effort to create a sensational story, she presents second-hand hearsay that is full of contradictions.

As just one example, Orth makes assertions about Gianni Versace’s medical condition based on a person who claims he reviewed a post-mortem test result, but she admits it would have been illegal for the person to have reviewed the report in the first place (if it existed at all). In making her lurid claims, she ignores contrary information provided by members of Mr. Versace’s family, who lived and worked closely with him and were in the best position to know the facts of his life.

Gianni Versace was a brave and honest man, who engaged in humanitarian work for the benefit of others. Of all the possible portrayals of his life and legacy, it is sad and reprehensible that the producers have chosen to present the distorted and bogus version created by Maureen Orth.

The Versace family will issue no further comment on the matter.”

FX and Ryan Murphy have come out in defence of their program, stating that they “stand by the meticulous reporting of Ms. Orth” and that the book “has been vetted for almost two decades.”  The series will premiere next week on January 17.

Now, see how Gianni Versace’s iconic Miami Beach mansion has been transformed into a luxury hotel.