This is why Marissa Cooper wore counterfeit designer pieces on The O.C 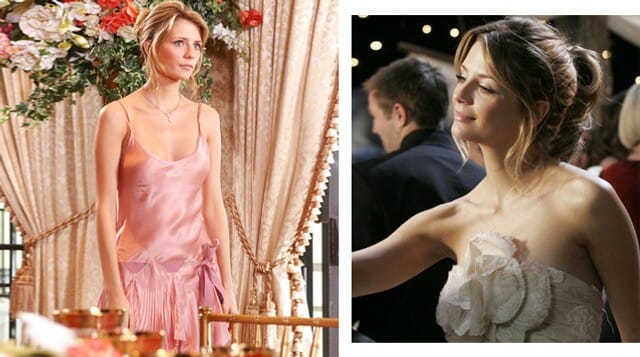 The costume designer behind one of the most popular American drama series gets candid about the show's fake designer pieces...

Mischa Barton is perhaps one of the most famous faces to have ruled our TV screens in the early noughties. Marissa Cooper, her character on The O.C, is still a fashion muse until this day (even after the show wrapped up in 2007)  having worn some of the world’s most coveted labels including Chanel.

Or at least that’s what we thought.

Speaking of how the costume designer experienced difficulties in the show’s early days, Welker said: “We started with a little tiny budget, which was a challenge because everything had to look super high-end. There was absolutely no borrowing [from brands] involved either because nobody had ever heard of us, so they were very leery of loaning anything. In the pilot, I remember we did a fashion fundraiser. I called every designer out there to explain what we were doing and who I was, and they all turned me down. So for those runway looks, we used everything from sale-rack clothes to things from costume houses to things I’d designed myself.”

And where did Barton get those coveted designer accessories from? Welker explained: “I’ll be honest: Those Chanel bags that she carried, those weren’t something I could have on my budget. But I found this amazing store in Downtown LA that sold the best-looking fakes I’d ever seen! So we used some really, really good knockoffs.”

Well there you have it.

In other TV news, find out which actress will be playing this Hollywood legend in a new series.