It's that time of the year again!
December 3, 2018
Meeran Mekkaoui 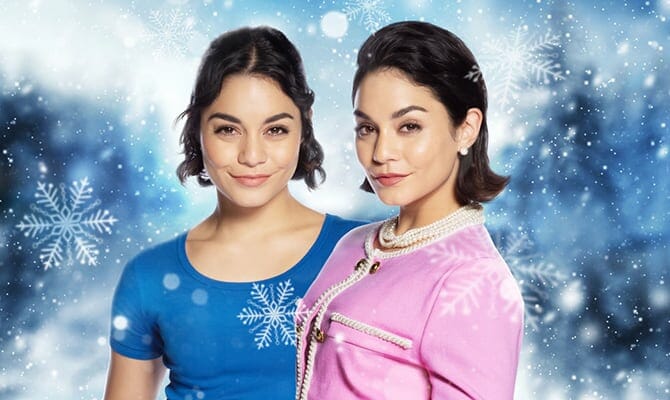 You need to add these five holiday films to your must-watch lists this month...

There’s few things we love more than binge-watching Netflix. And what’s even better is when the streaming service releases a slew of holiday-inspired films leading up to the festive season.

Films from the noughties era are our favourites here at Buro HQ, so we couldn’t be more excited that the beloved 2003 film, Love Actually, is coming to Netflix this month. The Christmas-themed romantic comedy film won the world over with its remarkable cast (which includes Hugh Grant, Keira Knightley, Liam Neeson, Colin Firth, Andrew Lincoln, Denise Richards, January Jones and Claudia Schiffer, to name a few), and its plot about love. No holiday season viewing is complete without it…

Love Actually will be available on December 7, 2018.

If you’re looking for a good laugh this holiday, there’s a new lighthearted Christmas film that will give you the giggles. 5 Star Christmas is an Italian slapstick comedy that features Massimo Ghini, Ricky Memphis and Martina Stella, and tells the story of an Italian prime minister who goes on an official trip to Budapest where he meets his new love and political rival.

If you’re a fan of The Parent Trap, The Lizzie McGuire Movie and Princess Diaries, then you’ll definitely enjoy The Princess Switch. Basically a mash-up of all three films, the Vanessa Hudgens-led movie is a cheesy watch but it’ll definitely get you in the holiday spirit. Hudgens stars as both a down-to-earth Chicago baker who switches places with a soon-to-be princess just days before Christmas.

The Princess Switch is now available.

Christmas comes early in A Christmas Prince, another Netflix-produced film starring Rose McIver, Ben Lamb and Alice Krige. A typical romance holiday film that features a royal twist, A Christmas Prince tells the tale of a young journalist who is sent overseas to get the latest gossip on a prince, who is assured to be king.

A Christmas Prince is now available.

This film blends a little magical mystery with success, love and holiday spirit (there isn’t anything on that list we don’t like). The Holiday Calendar stars Kat Graham, Quincy Brown and Ethan Peck, and shines the spotlight on a struggling photographer who comes across an advent calendar. However, the advent calendar is an antique and somehow predicts the future leading up to Christmas. You’ll have to watch the film to know if the calendar will lead the photographer to find love this season.

The Holiday Calendar is now available.

Now, take a look at the new trailer for the live-action film, The Lion King.