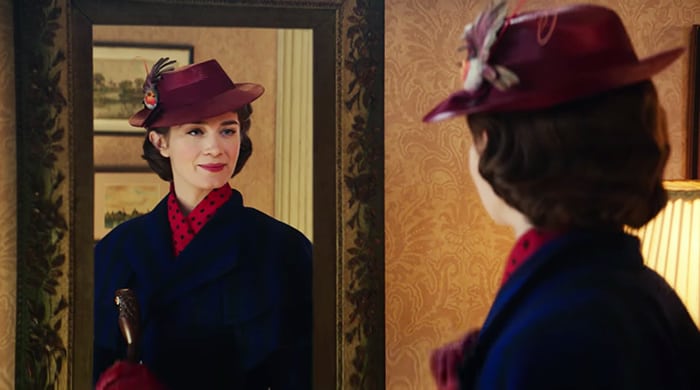 This classic Disney film is getting a makeover and its first trailer just debuted at the 2018 Oscars this morning. Here are the details...

Earlier this morning, one of the most anticipated events in the film industry, the 2018 Oscars, took place at the Dolby Theatre in California and the venue welcomed some of Hollywood‘s leading names. During the ceremony, we saw the stars walk the red carpet in dazzling ensembles, accompanied by some standout beauty looks, and scoop up well-deserved trophies before heading out to a series of after-parties.

The Academy Awards ceremony also featured a plethora of stunning performances and upcoming movie previews, including Mary Poppins Returns. The latest Disney sequel made its official debut during the ceremony and the trailer is a must-see (especially with its stellar cast).

The story is a continuation of the iconic 1964 film Mary Poppins and follows the story of Jane (Emily Mortimer) and Michael Banks (Ben Whishaw), who are now grown-up. After Michael suffers a personal loss, Mary Poppins (Emily Blunt) comes back to the Banks family with street lamplighter Jack (Lin-Manuel Miranda) and cousin Topsy (Meryl Streep).

Watch the trailer above and then, take a look at the 6 films you can’t miss this March.