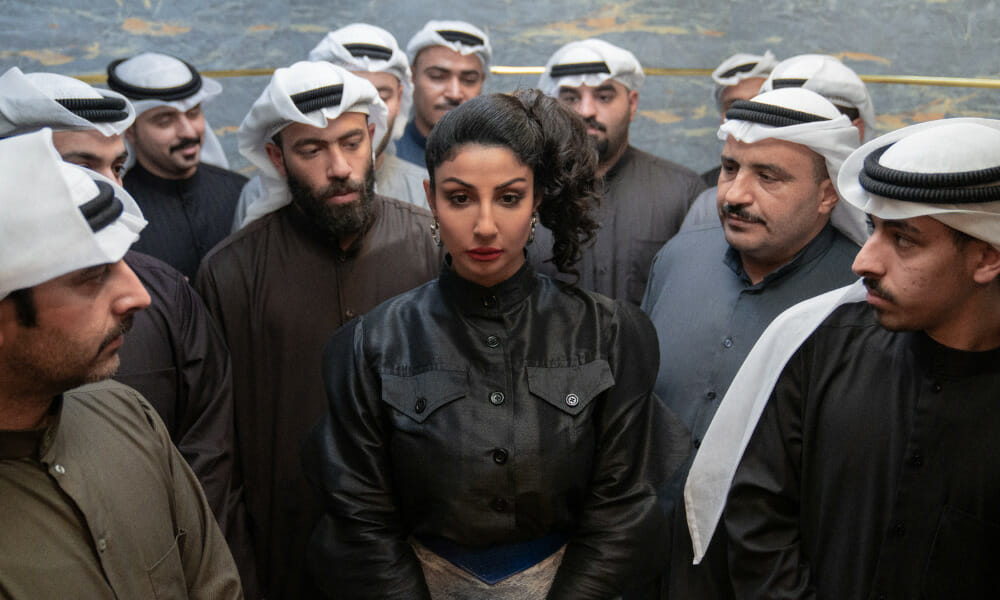 Two women are tasked with navigating a male-dominated industry during a time when the stock market in Kuwait was booming...

There’s a new Netflix series that puts the spotlight on the region, women empowerment, 80’s fashion and a chaotic true story. ‘The Exchange’ is a six-episode Netflix series that follows the story of Farida and Munira, two women who set out to pioneer the cutthroat stock market of 1980s Kuwait.

Based on true events, the women (who play cousins in the series) are out to disrupt its corrupt boys’ club along the way, while on a journey of the challenges of navigating a male-dominated industry during a time when the stock market in Kuwait was booming.

Farida is a recent divorcee who is on a mission to prove she can provide for her daughter and has been a devoted housewife and out of work for the last 13 years, Farida makes the decision to become self-sufficient and joins her cousin, Munira, to be the first women at the Kuwaiti Stock Exchange.

Abdullah Boushahri said, “Having grown up in Kuwait and being surrounded by independent women my whole life, this production is one that is close to my heart. Rawan and Mona perfectly depict the struggles women experienced back in the 80’s and I can’t wait for the world to see their characters’ story unfold on the big screen. Besides the plot, I am excited for the audience to see how we brought this era to life, that brings together local and international expertise in a high-production masterpiece, shot and produced entirely in Kuwait.”

The six episode series will be available on Netflix in 190 countries on February 8, 2023.

ALSO READ: CELEBRATE THE BEST OF PALESTINIAN ART AND FILM.