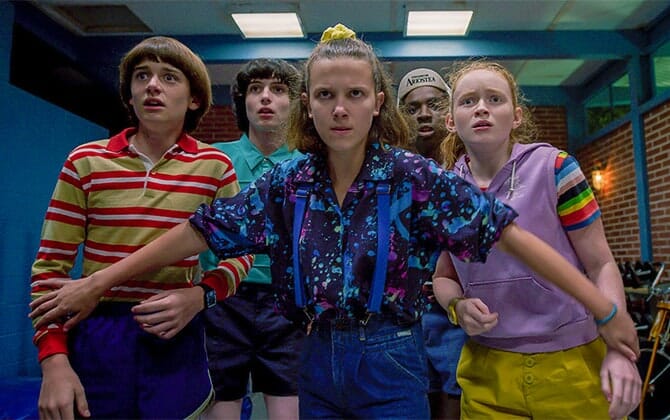 One of Netflix's top original shows, Stranger Things will be back for season 4 soon and we're in for something special...

Ask almost anyone what shows they’ve binge-watched on Netflix in the past year and Stranger Things will most likely be on the list. In fact, the Netflix original series was the most watched show in the UAE on the platform when it first came out.

And if you’ve been eagerly waiting for the release of Stranger Things‘ newest season following the first, second and third, then you’ll be pleased to know that we finally have received confirmation that there will be a fourth season.

Overnight, Netflix released an ominous teaser video for the upcoming season however, there were no details other than the simple slogan: “We’re not in Hawkins anymore.” If you’re up to speed on all seasons, Hawkins is considered the heart and soul of the series thus far, so the shift in location will likely spark some change.

In the trailer, you’ll be able to see the show’s traditional opening as per usual but this time, it’s disrupted and eventually fades from its fluorescent red hue to a dark grey, eventually cutting to the slogan. Our guess is that “We’re not in Hawkins anymore” is possibly referring either to the Upside Down realm or adventures further afield in the real world.

Until then, read more about the Black Panther sequel coming up.