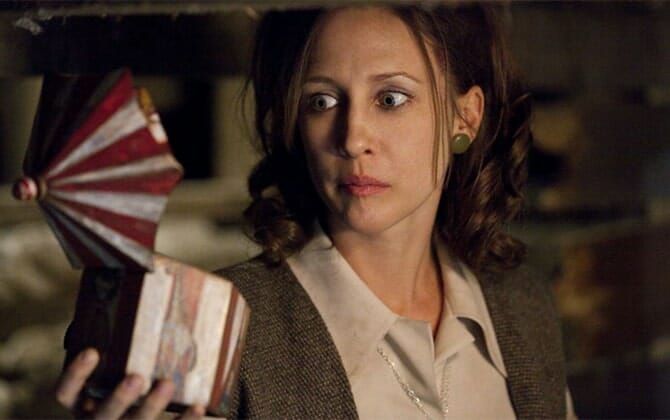 Lock your doors and pop the popcorn, it’s time for a scare-yourself-silly movie marathon that will give you the chills…

Nothing says Halloween better than dimming the lights and scaring yourself to death with an old time-tested classic. Whether you’re the ultimate movie buff or just want to get into the All Hallows’ spirit, streaming service Netflix is a solid source to get your heart pumping and your pulse racing. After all, there’s nothing more-Halloween-like than getting yourstomach twisted into knots with fear courtesy of a good old Hollywood thriller!?

This list would be nothing without the 90’s meta horror cult classic topping it. After all, who can forget Casey Becker, the teenager played by Drew Barrymore, who you meet and then ten minutes later, she’s killed off by a knife-wielding grim ripper who goes on a high school killing spree for the rest of the film!? Till now, many are still terrorised by the scratchy-voiced killer who taunts his victims over the phone.

If you’re a fan of a good old-fashioned haunted house movie, then this one is for you. Delivering scares left and right, the chilling story follows paranormal researchers Lorraine and Ed Warren as they investigate a cursed property terrorised by a dark presence. The movie was such a nail-biting success that it’s witnessed not only a sequel, but three spin-off movies based on the doll named Annabelle, and The Nun which takes place in the same universe. And if that’s still not enough, The Conjuring 3 is set to premiere September 11th, 2020.

He’s directed some fan favourites such as Scarface, Dressed To Kill, and The Untouchables, but Brian De Palma’s true cinematic masterwork has to arguably be the 1976 classic, Carrie. The teen-horror showdown, based off the debut novel by literary icon Stephen King, follows the story of a 16-year-old who, after falling victim to a vicious prank, exacts revenge on her nasty classmates during prom night. The result is tasteless horror that is vicariously thrilling, and that, until now, will manage to scare the bejesus out of any audience.

A haunting movie with all the creaky old bells and whistles, this guilt-fun throwback to domestic ghost stories sees actors Rose Byrne and Patrick Wilson fight off malevolent entities to save their family from the mysterious threats that haunt their big old house. A nail-biting horror flick creepy enough to borrow under your skin, complete with “Boo!” moments and sharp scares courtesy of director James Wan and writer Leigh Whannell, creators of the “Saw” franchise.

A low-budget movie that left some leaving the theatrewondering if what they watched was actually real, this documentary-style horror movie remains one of the most iconic intense filmmaking experiences of all time. With a simple storyline, that presented itself as a real investigative project, the film sees three friends head into the woods in search of the paranormal and disappear, leaving behind their handheld cameras which recorded what they found. A haunting, low-budget fictional story that became a cultural phenomenon that is still as terrifying 20 years after its creation.

Now, Stranger Things 4 is coming and here’s what you need to know.