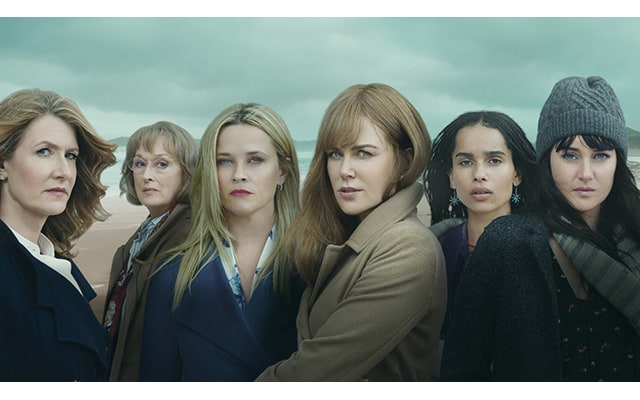 So, just when you thought the series came to end, the write behind 'Big Little Lies', Liane Moriarty already has an idea for a spinoff story...

Whilst it seems like fans, us included, shouldn’t hold their breath for a third season of Big Little Lies (don’t worry, no spoilers ahead), it looks the possibility of a future spinoff is currently on the table. And we are so here for it.

The HBO series has become of the most popular shows since it aired two years ago, and it’s in part due to the stellar cast — think Nicole Kidman, Reese Witherspoon, Shailene Woodley, Meryl Streep, Zoë Kravitz, Laura Dern and the list just goes on and on.

So, you can only imagine how devastated we were when we found out that we needed to look for another comedic tale of murder.

However, there’s still hope. The New York Times best-selling author, Liane Moriarty (whose novel the hit show was based upon) hasn’t ruled out the possibility of a future spinoff.

According to Variety, the author candidly shared her thoughts on the story’s possible continuation — whether of the show or at least, of the books.

“The only thing I had sometimes thought, even before any of this had happened, was maybe jumping ahead to when the children are in high school — years ahead. So, that’s a possibility, but not for years to come. I feel like I would need a break, too, before I did that.”