QATAR HAS SOLIDIFIED THEIR NAME IN HISTORY 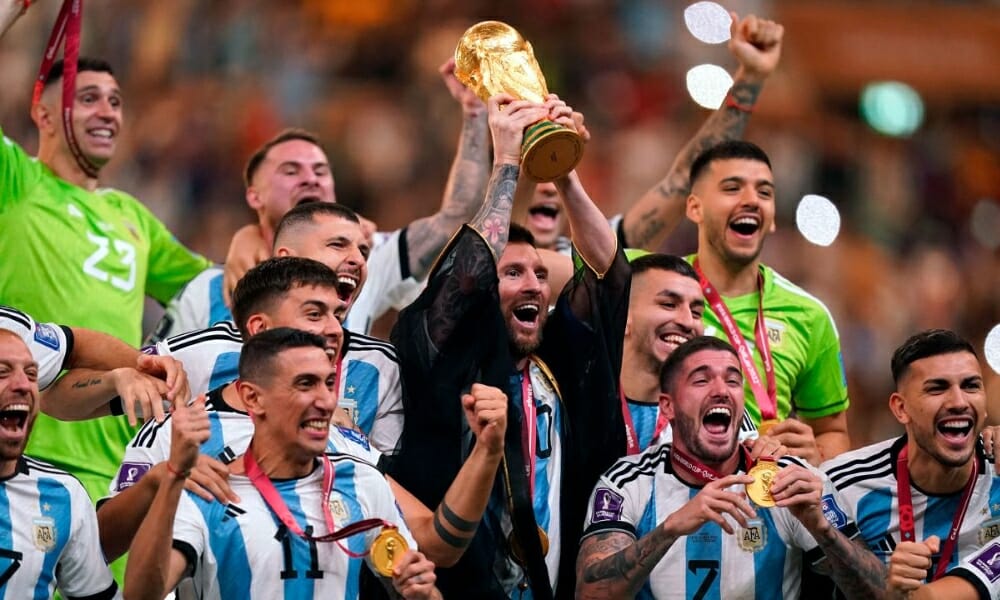 As the 2022 FIFA World Cup comes to an end, we're looking back at what made the tournament a memorable one for the Arab and African regions...

We’ve reached an all-new fever pitch as football fanaticism took over the world during the 2022 World Cup – and boy, was it a memorable one. For the first time in history, the Middle East hosted a FIFA World Cup and what was a true major turning point for Qatar and the Arab relationship with the international sport turned into a racist, colonial and hate-filled tournament as seen by the West.

Qatar’s success is a success for all Arabs, Muslims and Africa and while the region was celebrating, the West focused on the equality laws in Qatar (although everyone was welcome to attend the tournament if there was acknowledgement and respect for the country’s customs, traditions and moral standards – just like any other country you visit).

Even the Emir of Qatar, Sheikh Tamim Bin Hamad Al-Thani, expressed his regret that his country has been subjected to unprecedented slander that no other World Cup host country has had to face. “Hosting the World Cup is an occasion in which we portray who we are, not only in terms of the strength of our economy and institutions but also in terms of our civilisational identity,” said the Emir. “We accepted this challenge out of our faith in our potential, we the Qataris, to tackle the mission and make it a success, and due to our awareness of the importance of hosting a major event such as the World Cup in the Arab world.”

Below, we’ve listed what made Qatar’s World Cup one for the books…

A VICTORY FOR PALESTINIANS

Without having a team represented, Palestine was the real MVP of the FIFA World Cup. The Palestinian narrative was given prominence as flags were waved with giant banners calling for ‘Free Palestine’. Throughout the tournament, you could spot multiple Palestinian flags in the fan-filled stadiums, and the crowds chant Palestinian slogans. Also, in a sign of Palestinian solidarity, many football fans snubbed Israeli reporters as seen through multiple videos shared via social media. On November 20, a video showed a group of Lebanese fans walking away from a journalist who revealed he was from Israel. One of them said to the Channel 12 reporter: “There is no such thing as Israel. It is Palestine. Israel does not exist.”

MOROCCO MADE US PROUD

Although we didn’t see Morocco in the finals, we are still pumped with pride as the country did us proud as the first African, Arab and Muslim team to reach the semi-finals. The heroes of the Lions d’Atlas team were undoubtedly the surprise story of the tournament as they stunned European giants including Belgium, Spain and Portugal. Morocco’s World Cup triumphs captivated the world over and truly resonated on every tongue during the World Cup. #DimaMaghreb

MESSI WAS PRESENTED WITH A BLACK BISHT

“The bizarre act that ruined the greatest moment in World Cup history”.

The world watched Lionel Messi’s crowning moment on the world stage at the Western media couldn’t help but be ignorant once again and showcased a hate expression towards Qatar’s local customs and traditions. Instead of using this moment for better cross-cultural understanding, they used their platforms to deprecate an iconic and celebratory moment in history.

The bisht that Messi was seen wearing for him and his team’s victory is a black cloak if you will – one worn on special occasions such as weddings or Eid. It’s a symbol of power worn by Emirs, Sheikhs or religious figures and is a sign of greater respect. The fact of having Messi wear it during his key role in the victory of Argentina is almost seen as a coronation for winning the World Cup yet cultural nuances and sheer ignorance continue to be demonstrated.

THE MOST EXCITING FINAL EVER

The FIFA World Cup 2022 final was one of those heroic matches that will truly stand the test of time. What the world thought was a clear win for Argentina after scoring 2 goals in the first half, turned into the greatest game of all time after France conceded at the 80th minute with Mbappe scoring two goals in 93 seconds. Following extra time with both teams scoring an extra goal, an intense penalty shoot-out resulted in Argentina’s win over the reigning champions. This game showed why football is the greatest game of all.

THE MOST ORGANISED WORLD CUP

Qatar certainly defied doubts that it could host such a global event, but they have fulfilled its promise to organise an exceptional championship in an Arab country. Uniting people and countries to learn the richness of Qatari cultures and their values, this World Cup has been dubbed as the most organised and safest in its history with Doha’s transport systems also given praise.

“The 22nd edition of the FIFA World Cup showcased the impressive work Qatar did in preparation for the event. The country managed to gather the whole world, with its different cultures and beliefs, around the competition and delivered a message of peace through sports,” Hassan Al Thawadi, CEO of the 2022 FIFA World Cup Qatar Local Organizing Committee, said after curtains came down on the nearly one-month tournament.

“This edition of the tournament is the best-ever in terms of fans’ attendance both in and out of the stadiums. The World Cup highlighted the region’s image in a positive way and once again proved Qatar’s immense capability in making any sporting event a success,” he said.

Qatar promised to deliver, and they certainly did. And we couldn’t be prouder.