Reese Witherspoon announces the release of her first book

Dedicated to all things Southern
May 2, 2018
Maddison Glendinning 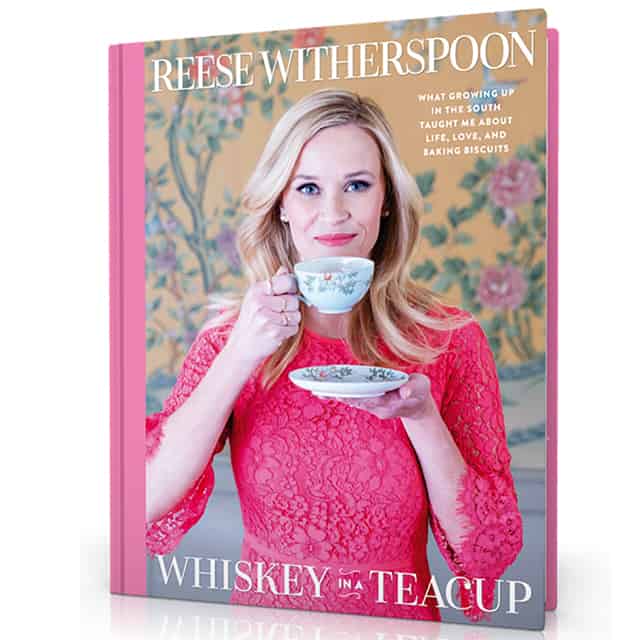 One of your favourite celebrity book clubbers has just penned her own tome...

Reese Witherspoon is a seriously busy woman. From raising a family, to starring and producing one of the hottest shows on television (Big Little Lies, obviously) and running a widely popular book club, it doesn’t seem that she would have a lot of spare time.

And yet, the Academy Award-winning actress has just penned her first book. Called Whiskey in a Teacup, the book was inspired by her grandmother Dorothea.

“[Dorothea] always said that it was a combination of beauty and strength that made Southern women ‘whiskey in a teacup,'” she explained of the title. “We may be delicate and ornamental on the outside, she said, but inside we’re strong and fiery.”

As for what you can expect within its pages? “It’s all about Southern living and my Southern heritage, and how that sort of informs pretty much everything I do, from what I eat, to how I decorate, to how I celebrate family traditions, even how I do my hair,” she explained in the announcement on Instagram, adding that she also spills the beans on her hot rollers technique for bouncy, Southern-style curls.

The book will be released on September 18.

With the release of the second season of Big Little Lies fast approaching, her production of Little Fires Everywhere underway and more than one movie in the works, it’s set to be a big year for the actress.

Now, discover four of the best celebrity book clubs you can join today.