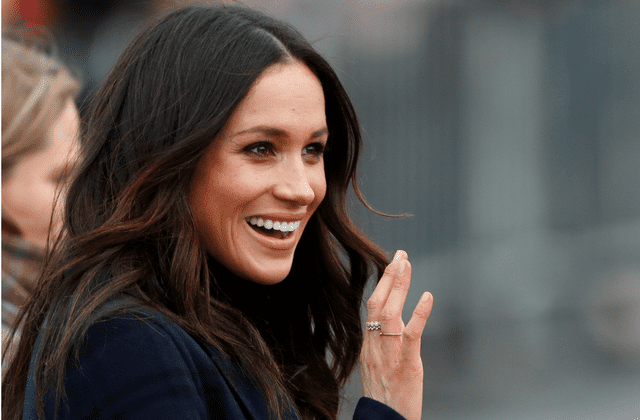 Meghan Markle made her first trip to Scotland yesterday and it was more than her outfit that caught our eye...

Ever since news of the royal engagement of Prince Harry and Meghan Markle broke, the world’s fascination with Ms. Markle has skyrocketed. Though she was famous already thanks to her six (soon to be seven) season stint on American legal drama Suits, marrying into the royal family sent her celebrity into overdrive.

Now, everything she wears is under constant watch (not least because the pieces sell out within minutes of being identified) but it’s more than just her sartorial prowess that has caught our eye of late.

Forgoing sister-in-law-to-be Kate Middleton‘s big bouncy curls, Meghan has instead opted for more low-key looks when it comes to her tresses, choosing loose curls as well as a messy bun which made us love her all the more.

However her most recent ‘do is our favourite so far. Echoing the style she wore during her first official engagement back in January, Meghan opted for centre-parted soft waves for her first trip to Scotland. The style screams nonchalant elegance whilst looking cool at the same time. 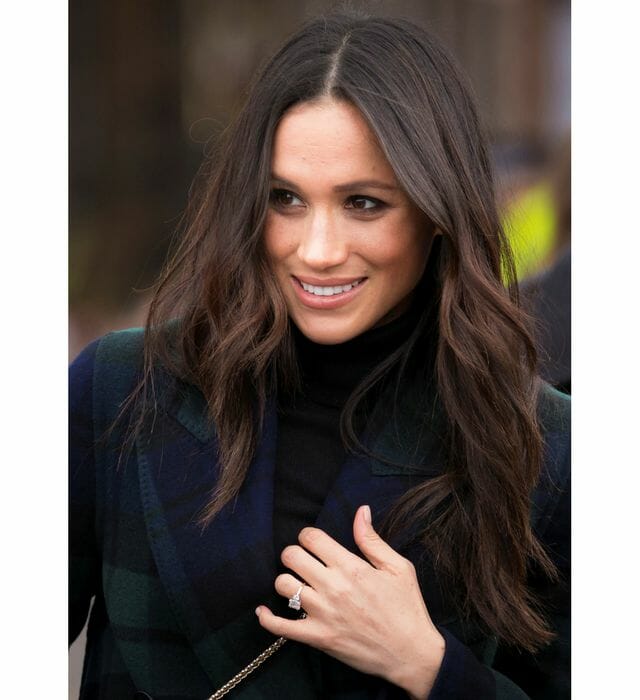 Eager to recreate the royal-approved look for ourselves, we consulted one of Dubai’s top hair stylists, Anthony Walsh of Mane Salon, to give us his top tips on how to do just that.

1. Wet your hair and apply Kevin Murphy’s Young.Again hair oil (a leave-in treatment oil that will help smooth and hydrate your hair).

2. Using a hairdryer, dry your hair, smoothing it out as you go. The hair doesn’t need to be ultra-straight but rather smooth, particularly through the top.

3. Using a wide iron (Anthony swears by Cloud 9’s Wide Iron), wrap desired sections of hair around the iron and pull it straight through to the ends curling away from the face. Repeat until all hair is finished.

4. Finish by spraying a light layer of Kevin Murphy’s Bedroom.Hair over your head before running your fingers through the waves with Young.Again oil.

Now, see what Victoria Beckham had to say about designing Meghan’s wedding dress.