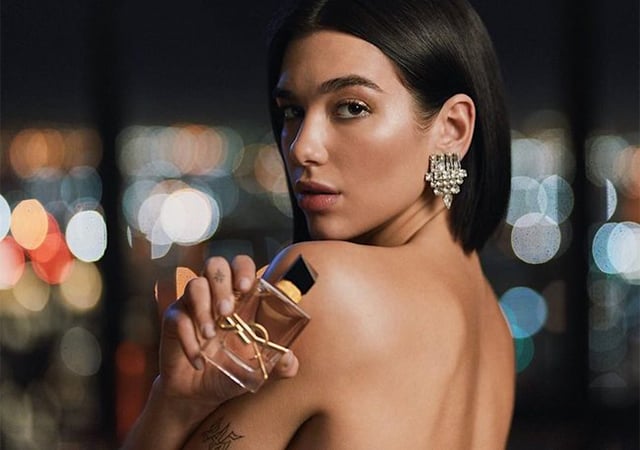 Dua Lipa has officially made her debut as YSL Beauty's latest fragrance ambassador by fronting this new scent...

Earlier this summer, it was announced that Dua Lipa was venturing into the beauty space with her latest appointment at YSL Beauty and now, her debut campaign for the maison is finally here.

Sharing the first official image of her debut campaign, the musician took to the news to her social media, posting a campaign image with a caption that read: “So proud to finally reveal to you Libre the new fragrance of freedom by Yves Saint Laurent Beauty.”

Whilst we knew something was bound to happen between the two, YSL Beauty have been releasing video snippets of what to expect from the campaign with Lipa discussing the fragrance and the concept of freedom. “It’s when you make your decision on your own terms,” she says in one clip. “That, to me, is what freedom is.”

The newest scent Libre, will feature rich ingredients of Moroccan orange blossom and a note exclusive to YSL, Diva Lavendar.