Sister scent: Kylie Jenner and Kim Kardashian West are launching a perfume together

Keeping up with the Kardashians, indeed
April 2, 2019
Georgie Bradley 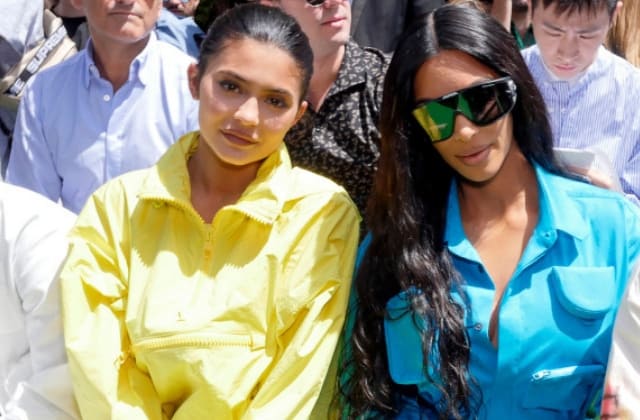 Beauty moguls Kim Kardashian West and Kylie Jenner discussed their upcoming fragrance collaboration on the season premiere of Keeping up with the Kardashians...

As if they weren’t already knee deep in beauty launches already, Kim Kardashian West and Kylie Jenner are bringing their know-how together for a new fragrance.

West’s namesake beauty line, KKW Beauty and Jenner’s Kylie Cosmetics prove they have a major stake in the beauty industry – and now, their joint venture into perfume is only going to solidify that position more. But it’s not the first time the pair have collaborated. Back in 2017, they created a crème lipstick set which, according to WWD, reportedly earned $13.5 million upon launch. NBD.

So, on Sunday evening (US time zone) the 16th season of Keeping up with the Kardashians aired and while we were waiting for the scoop on the recent Jordyn-Tristan situation, instead we got a surprising detour.

During the episode, Jenner heads to West’s house for a biz meeting about a new perfume that is going to be released under the KKW Fragrance line. Together they testest out various scents in small Givaudan (a flavour and fragrance manufacturer) bottles.

And while we don’t know what scent the two have settled on, we do know they want it in a hot pink, lip-shaped bottle – an evident nod to Jenner’s signature pout. And it’s a sure-fire selfie magnetic, too, as demonstrated by West.

Check out their trial and error session from the season premiere below.

Now, all this screen time ain’t so good for our skin. But here’s a product to protect you from blue light.