Kylie Cosmetics is teaming up with Kendall Jenner next 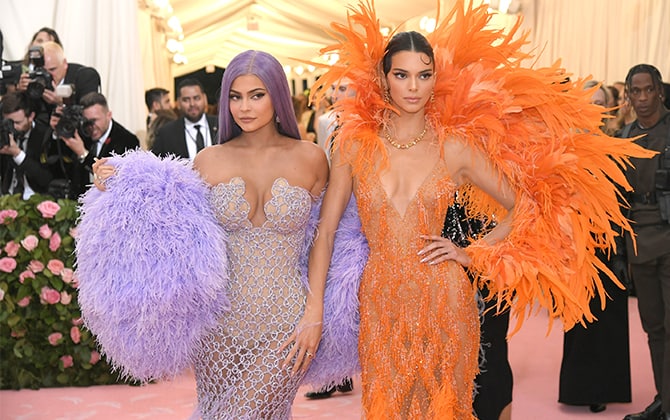 After teaming up with almost all of her female family members, Kylie Jenner is heading for a full blood collaboration with Kendall Jenner...

Shortly after unveiling a new Kylie Cosmetics collection with Stormi Webster (who just celebrated her second birthday on February 1), we know whom Kylie Jenner‘s million-dollar company is teaming up with next. And, it may not come to you as a surprise but at least it’s finally happening.

Whilst Kylie has already collaborated with most of her female family members — there was an epic Kris Jenner-themed collection, as well as a few projects with Khloé, Kourtney and Kim Kardashian — it was only Kendall Jenner that we haven’t seen a selection of shimmers, lip kits or blushes. Until now, that is.

During her recent appearance on The Ellen DeGeneres Show, Kendall spilt the beans on the new collaboration confirming that it’s officially underway.

“You’re doing a makeup collab with Kylie as well, which is very cool,” Ellen prompted Kendall. “Yes, we’re very excited about it,” Kendall replied. “We’ve actually not said anything, that we’re doing it, yet.” The model then gave her reasons for the collection being delayed: “I had a contract before with another makeup company. So now I am able to do it. We’re going really big because I’m her full blood,” she said. “We’re taking it seriously.”

As Kendall is known for not going full glam on the red carpet, we can probably expect a line consisting of neutral tones, highlighters and a slew of neutral-based shades of lipsticks.

Whilst no further details have been revealed yet, we’ve started saving up to buy it all.

Now, in other beauty news, take a look at Fenty Beauty’s first eyeliner pencil which will see you through thick and thin.