Here's what we know so far
July 26, 2018
Maddison Glendinning 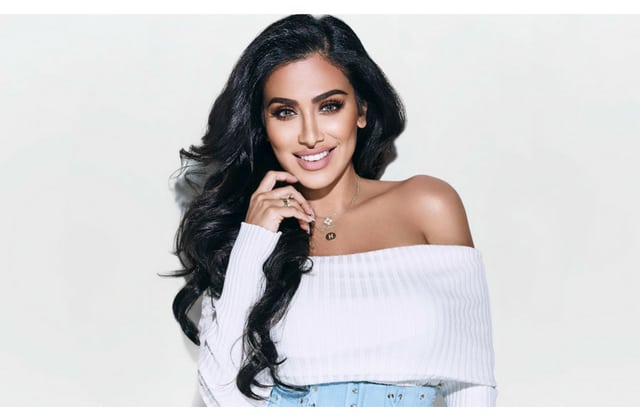 Huda Kattan has revealed she's working on her debut fragrance...

If 2017 was the year of lip kits, then 2018 is most certainly the year of fragrance. This month alone, Calvin Klein launched its first female perfume in 13 years fronted by Saoirse Ronanand Lupita Nyong’o, Britney Spears released her 24th fragrance, a unisex scent called Prerogative, Kim Kardashian West released three new scents (making her USD$5 million in five minutes) and high-street giant H&M announced it was introducing not one, but 25 new scents to all H&M Beauty stores next month.

Now, Dubai-based beauty mogul Huda Kattan has revealed that she is working on her first fragrance. The news was announced in a short clip previewing the upcoming episode of Huda Boss, the behind-the-scenes Facebook TV show that chronicles the day-to-day business of Huda Beauty. In the clip, Huda is seen chatting with her sister and business partner Mona Kattan about her trip to Grasse, France.

Grasse is legendary in fragrance circles, with many of the world’s top perfumes created in the region with the likes of Dior and Louis Vuitton both setting up fragrance factories there. The brief snippet shows Mona modeling the new scent, however no further details are given. Mona took to her Instagram page to confirm the news, writing, “It’s official guys!! We’re launching our own fragrance!! Years in the making! I’ve been dying to share this with you all! I can’t wait to share this with you all!!! We’ve put our hearts into this! Stay tuned for more details!”

The fragrance is the latest launch in a long line of highly successful products under the Huda Beauty umbrella. This month, Huda was named as one of America’s richest self-made women and she also topped the beauty category in this year’s Instagram Rich List.

Now, find out why Kim Kardashian West is being sued over her latest fragrances.