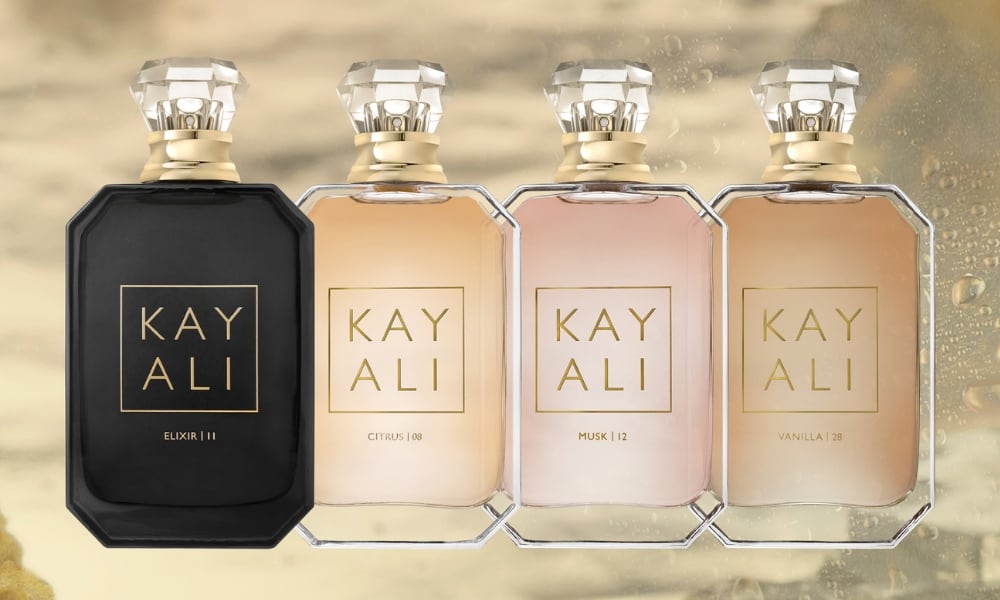 Huda and Mona Kattan have just announced the launch of their debut fragrance. Here's what you need to know...

Huda Kattan is a force to be reckoned with in the beauty industry. Helming a multi-million dirham business, Huda Beauty, with her sisters Mona and Alya, the Dubai-based mogul is one of the most popular makeup artists-turned-cosmetics guru in the world. Now, together with Mona, Huda is expanding her empire with the launch of a debut fragrance: Kayali (which is Arabic for ‘my imagination’).

The idea behind the line is that of personalisation: each of the four scents in the line-up are made to be layered and combined. According to the brand, the scents are “inspired by the rich heritage and simple sophistication of the Middle East” and “allow you to create a fragrance which is truly yours”. They were crafted in France using some of the world’s best ingredients and although they were created by the Kattan sisters, the fragrance line is not part of Huda Beauty but rather a separate brand.

Elixir is the signature scent in the line-up described as “a modern classic” with notes of “red apple, rose petal essence, rose centifolia and jasmine sambac”. It is designed to be paired with the three other scent offerings in the range: Vanilla (“a masterpiece of refined and cultivated nuance” with notes of jasmine, Madagascan vanilla orchid and Brazilian tonka), Musk (created using “a voluptuous blend of vanilla and creamy sandalwood”) and Citrus (“a contemporary twist of innovation” with notes of Italian bergamot, pink grapefruit, rhubarb, blackcurrant and pink pepper).

Speaking of the collection in a release, Mona explained, “Personalisation is a growing movement and this concept empowers people to express their unique taste and individuality. While we want to guide noses into new fragrant territories, we also want to encourage experimentation. Bespoke beauty is something we’re very passionate about and Kayali is all about discovering your own unique fragrance.”

The scents will be available to purchase from Sephora from November 16.

In the meantime, find out which celebrity makeup artist is releasing her own line of fragrances this month.