The perfect pairing
May 6, 2018
Meeran Mekkaoui 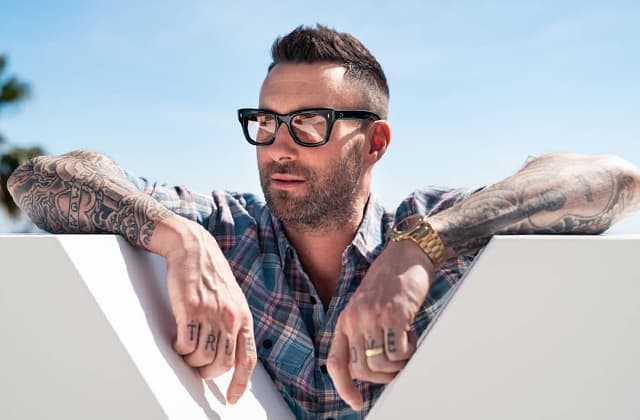 Adam Levine has just added another gig to his portfolio and it's not based in the music industry. Here's what we know about his new role so far..

Saint Laurent has always had a skill for choosing the coolest faces to star in its campaigns. Most recently, supermodel off-spring Kaia Gerber was announced as the brand’s new ambassador, following in the footsteps of Betty Catroux, Cara Delevingne and Kate Moss.

On the beauty front, YSL Beauty appointed musician Staz Lindes as its ambassador last year, to introduce Yves Saint Laurent’s newest launch, Tint in Balm, to the world with a new cool-girl campaign.

Now, the French brand has tapped another artist to front its latest men’s fragrance, titled Y. Even though the fragrance won’t be launched until August, we’ve got a sneak peek at the campaign.

Overnight, the brand revealed that Adam Levine is the global ambassador of the upcoming Y Eau de Parfum. The new scent is the newest edition of the original Y Eau de Toilette which infused notes of bergamot, sage, ginger, cedarwood and balsam fir. Although that campaign was also dominated by the Maroon 5 frontman, Levine only served as the face of the U.S digital campaign whereas now, it’ll be on a global scale. 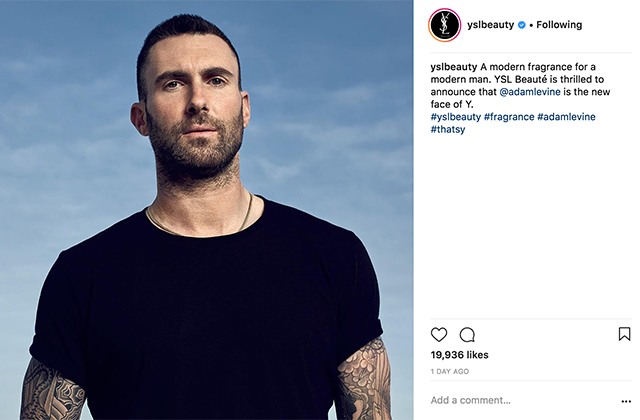 In the meantime, take a look at Louis Vuitton’s first men’s fragrance collection.