The man once responsible for the world's most expensive perfume
April 16, 2018
Meeran Mekkaoui 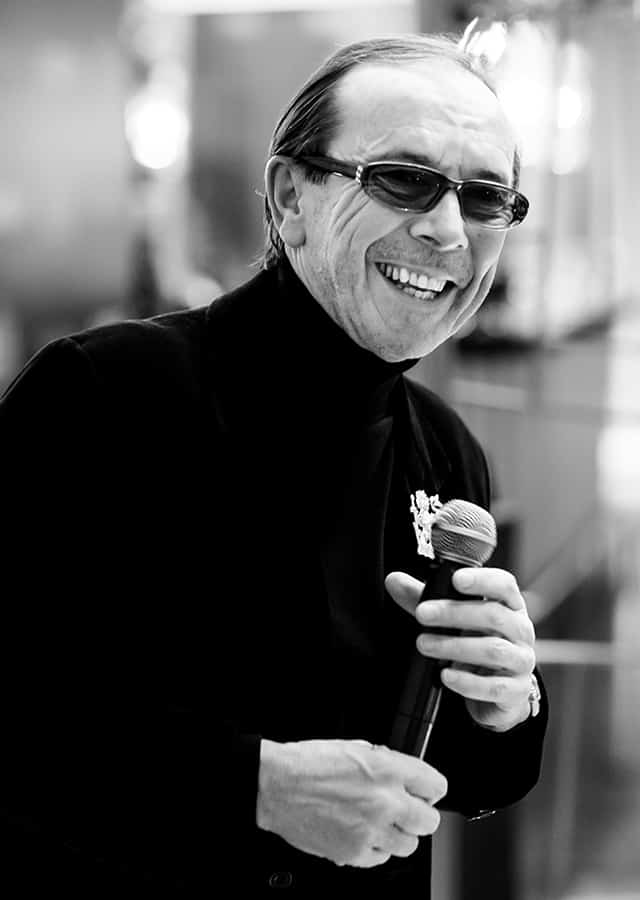 Olfactory connoisseurs have certainly heard of Clive Christian and in a rare interview, the British perfumer speaks exclusively to Buro 24/7 Middle East about his latest project and more...

It was in the late 1990s that Clive Christian OBE first stepped into the world of luxury perfumery and created a revolutionary brand that would bring the world the highest level of olfactory offerings.

Expanding upon his already unique portfolio, Clive Christian OBE launched the inaugural ‘Original Collection’ and has recently released the Addictive Arts collection. A unique collection unlike any other, the new range offers a first in pioneering perfume technology with six very distinctive scents.

Find out what he had to say about the scents, the pharmacology behind them, the Middle East and the importance of British pride and his legacy…

Congratulations on the new Addictive Arts launch in the Middle East. Can you tell us about your inspirations for creating the new fragrances?

So over the last 20 years, we developed perfumes but the trigger for this collection was that I have a country house, which is just outside of London and it’s got a very large garden. The house is from Queen Anne, and the garden has been reworked and changed to include plants from the Queen Anne era. There’s a particular plant in that garden called Daphne Odora, and it’s very difficult to grow, it’s very temperamental and it flowers very early. It’s got an incredibly distinctive scent and I once spoke to Amy about bringing that plant, its scent, into the development program with our perfumers and everybody came back and understood that it was a great smell but it was a toxic one so it was not able to be contained and we couldn’t use that plant in perfumery. That set the entrain that there must be, in the world, quite a lot of things that smell amazing but you are actually not able to have it in perfume.

So we worked with two systems, one is called headspace technology, which takes the molecules out of the atoms and the other one is aroma fusion, which breaks those down into even smaller particles and we put those two together and it’s patented under the heading of Addictive Fusion. So, we have now got a system that has enabled us to take things that were previously unavailable and to break them down into detail.

How different is the Addictive Arts fragrance collection from the Original, Private and Noble collections?

The difference is brand new scent pharmacology. The difference is quite amazing but it will take time. I guarantee that once you use them over a period of time, you’ll start to realise that this is different perfumery. You will feel the difference on your skin, and it will change the world of perfumery.

But, not tomorrow. Perfume takes some time to copy. It took me five years to copy the Original Collection and it’ll take five years for them to try and break down the Addictive Arts collection, and it will be more difficult this time.

How long did it take to create the fragrances and what is the process like?

It’s always the same process. It could be quick but generally, it’s about two years.

it has an emotional start and it will take about two years and sometimes, it can take a bit longer. It’s like a painting. It’s an artwork and it will evolve over time.

And you touched upon the Addictive Arts range featuring headspace technology. Can you tell us a little more about it?

Amy: So headspace technology is essentially like a camera. So you take something like a pineapple — you can’t actually extract the smell of pineapple from a pineapple plant but say you do want to use it. Headspace technology takes a picture of that molecular structure so that it can be rebuilt and you can get the scent out of it. It was developed for when certain raw materials became illegal to use in perfumes like musks. So it was created to answer that problem. In this case, it basically allows you in the laboratory to build that picture.

Each scent is filled with uniquely distilled ingredients. How do you choose what ingredients to use?

With your new collection now available in the Middle East, what makes you think that it will resonate with your clientele here?

Clive: Well, I think they do quite well everywhere.

Amy: They do quite well everywhere. I think they’re quite appreciated here because fragrances are a historical part of the culture here and people are better educated and they know more about fragrances than a higher percentage of the population because it’s built into the history and the culture.  To me, that’s the difference.

the middle east was quicker to see the quality and uniqueness of what clive is doing. they were quicker to understand what he was doing because there’s a greater built-in appreciation for the category and more expertise.

Clive: And of course, once our clients really start to understand the perfume, as opposed to just saying “oh, that’s a lovely smell”, they become collectors, and yesterday actually, I met someone who has every single perfume that we’ve ever produced. He was very knowledgeable about the product, he understood everything and I think that’s the one thing is that people don’t have time to actually investigate the subject matter properly. If you want to really understand the highest quality of perfume, you’ve got to immerse yourself in it.

There’s an incredible power that scent holds — one ingredient can recall an emotion or evoke a vivid memory. Why is fragrance so powerful?

That’s chemistry. It’s simply the most powerful of the emotional characteristics of a human being. Out of all of them, it surpasses sight, taste and touch, and the olfactory senses are the strong ones.

There was a change to the design of the bottle for the Addictive Arts collection. It’s longer, but you still kept the crown. Why was it important for you to have that design and maintain it?

When I became the curator of the brand I vowed that I would maintain the crown at all times. It was given to the company by Queen Victoria, I felt that it represented what we stood for. People always ask why we don’t do a contemporary top and that’s because [the crown] stands for the very principles that the company is founded on which is the best version that you can buy and it’s a signature piece.

It was critically important that we maintain that continuity throughout the range whilst trying a different look. So the cobalt blue is a beautiful colour, utilising a platinum and it just maintained the strength and the history of the company whilst making it look elegant.

It’s a bigger bottle, too, because there’s more perfume in it!

Your daughter Victoria is also a brand ambassador for Clive Christian. Was it important to you that your kids continue your legacy?

Well, Victoria, to bring you bang up to date, is just about to have a baby, her first child, in six weeks time. I think people would like to see a personal involvement. Well I mean, a father to a daughter, I’m going to say nice things (laughs). She’s very personal, she’s a classically trained ballerina, she loves the perfumes and I would say yes, it’s important.

What’s next for the Clive Christian brand and perfume house?

At this time, we do not have any plans to work outside of the category. So you won’t find Clive Christian jewellery or couture in the immediate future. But, as far as I’m concerned, my core challenge on planet earth is to create a British brand that stands for the best of everything. So if you have Clive Christian on something, then you would know that it is British to the highest quality and it’s what our brand stands for. The wider the brand grows, the more careful you have to be because a chain is as strong as its weakest link.

Also, take a look at the world’s most expensive perfume in 2014, which was created by Clive Christian OBE too.