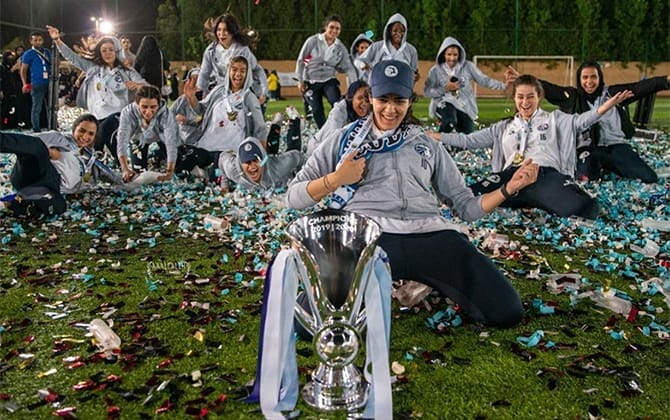 More good news from the Kingdom today as they've announced a major launch for women...

Saudi Arabia‘s Crown Prince Mohammed bin Salman has gained immense praise for his push towards sweeping social reforms and taking the country forward for the future with his ‘Vision 2030’ plan.

Continuing a string of reforms, the Kingdom have just announced the launch of a women’s football league — in an effort to improve equality and quality of life for the Saudi population.

The President of the Saudi Sports for All Federation announced the news earlier this week, along with the inaugural season set to have tournament prize money of 500,000 Saudi riyals (Dhs489,700).

“The commencement of the Saudi Women’s Football League is one more major leap forward for the future of our country, our health, our youth and our ambitions to see every athlete be recognised and nurtured to their fullest capability,” SFA president Prince Khaled bin Alwaleed bin Talal Al Saud said, according to The National.

The first season of the league will be hosted in the cities of Riyadh, Jeddah and Dammam.

The launch of the women’s football league comes two years after the ban on women attending sports events in stadiums has lifted.