What you need to know about ordering off the ‘healthy’ menu

It's not always as healthy as you think
March 23, 2018
Maddison Glendinning 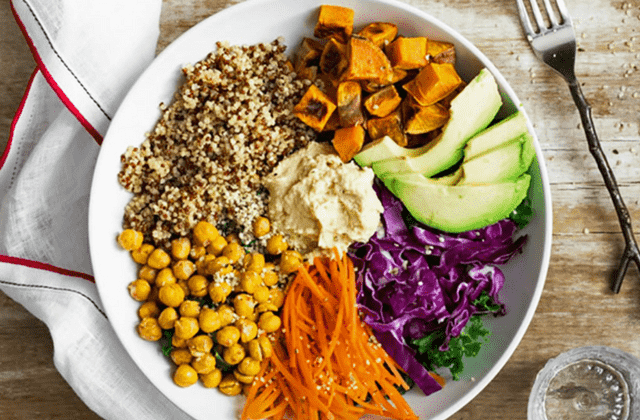 Think ordering from the healthy menu means you're making the right choice? Not always, as it turns out...

I‘ll preface what I’m about to tell you with this: I love pancakes.

A few weeks back I was in LA and a friend of mine ordered rolled oats and flaxseed pancakes for breakfast. “It’s in the healthy section, so it must be okay,” he said to me as he poured ‘all-natural’ maple syrup over the three plate-sized pancakes that soon appeared in front of him.

Here’s the thing — maple syrup, even if it’s made from the rarest of rare Canadian maple trees, is still loaded with sugar. Similarly, pancakes are still pancakes. Combine the two and those abs my mate has been longing after for summer will be just a little bit harder to reach. And this guy knows a fair bit about food compared to a lot of people I meet.

As I said, I love pancakes as much as the next guy, probably a lot more, but the point I’m getting at is that he genuinely thought he was making a healthy choice and I see it all the time. That’s not to say that these options aren’t healthier than their full fat, full sugar, full everything counterparts because they generally are, it’s just they’re often masquerading as a completely guilt-free option which they’re not.

In the Middle East we so often read the terms “healthy option” or “lighter bites” on menus but what does that actually mean? I think it’s something we really need to start asking. Here’s a few top tips for when you’re heading out to a restaurant that will help you stay on track.

— Order lean meats such as chicken and turkey. They’re high in protein, low in fat and will fit into any nutritional program.

— When ordering steak, order the sirloin or fillet as these two have much less fat than others.

— You can never go wrong with fish and there will usually be salmon on the menu and it’s always a safe bet as it’s full of vitamins and importantly omega 3 fatty acids.

— Ask for your vegetables to be grilled or boiled and not sautéed as they so often are. And always go for (diabetic friendly) blood sugar-levelling sweet potatoes rather than fries or butter-laden mash.

— Finally, make sure you chew your food thoroughly and drink plenty of water during your meal as this helps aid digestion and leave you feeling full.

Here’s three of my favourite meals from restaurants across Dubai that aren’t pretending to be something they’re not:

What’s in it: 230g of grass-fed sirloin steak and three eggs cooked any style.

It might be simple but this always hits the spot.

This is a hearty salad and far from boring.

What’s in it: Paleo carrot and zucchini spaghetti with homemade tomato sauce or basil and rocket pesto.

Sometimes only pasta will hit the spot and this is a guilt-free tasty version.

Now, read Dan’s earlier column about how exercise can positively affect your career.