Marking his second restaurant in the city
November 5, 2018
Meeran Mekkaoui 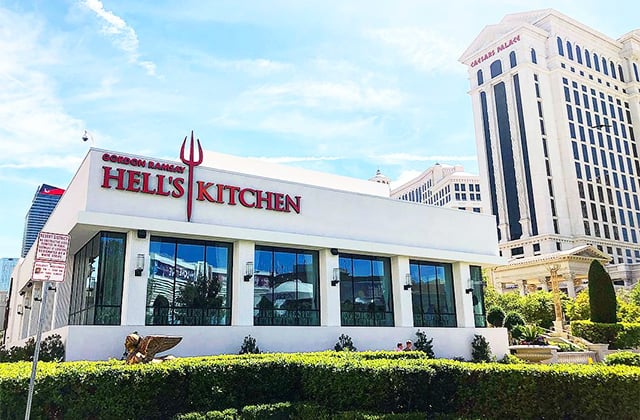 Reality TV is about to actually become real life with the opening of Gordon Ramsay's newest restaurant in Dubai...

Michelin-starred chef Gordon Ramsay is a regular visitor to the Middle East. It’s not surprising given that he already has one restaurant in Dubai: Bread Street Kitchen located in Atlantis, The Palm, at which he just recently launched a new menu.

And now, we’re probably going to be seeing plenty more of the British restaurateur and television personality as he is about to open his famous Hell’s Kitchen restaurant in Dubai.

The restaurant will be located at the soon-to-be-opened Caesars Palace hotel in Bluewaters Dubai and will likely be similar to its Las Vegas predecessor (the only other Hell’s Kitchen in the world) which is designed to make you feel like you’re on the set of the hit show.

There’s no official word on what kind of menu to expect and no hints as to its design concept just yet but make sure you stay tuned.

In the meantime, take a look at these three new restaurants to try around Dubai.