Bulgari to open a new luxury hotel in Paris

The City of Lights is about to receive another major luxury hotel
March 11, 2018
Meeran Mekkaoui 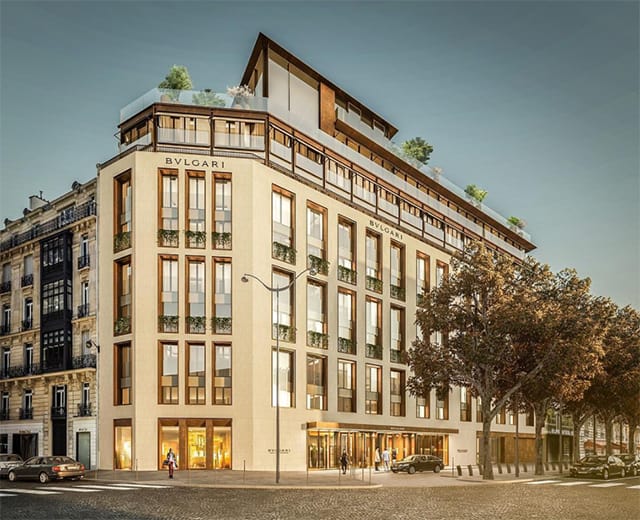 It's official! Bulgari is opening another luxury hotel in the heart of this bustling city...

Bulgari continues to strengthen its presence around the world in the form of hotels, resorts, jewellery, handbags and fragrances (the brand recently released a trilogy of scents for its Le Gemme Reali collection).

Now, news has emerged overnight that the Italian brand will be expanding its hotel sector by opening an exclusive hotel and resort in Paris, which is expected to open in 2020.

With exclusive addresses already set in Milan, London, Bali, Beijing and Dubai (we were on site when it opened to get the scoop on the hotel’s breathtaking designs), the brand’s new Parisian hotel joins the opening-soon list behind Shanghai in 2018 and Moscow in 2020.

Set to be located at 30 Avenue George V, the hotel will include 76 rooms, a spa with a 25-metre pool, as well as a restaurant and bar that will open onto a beautiful courtyard garden. The architectural concept is being brought to life by the brand’s go-to firm Antonio Citterio Patricia Viel and Parisian architects Valode & Pistre.

According to WWD, Bulgari’s Chief Executive Officer Jean Christophe Babin said, “We are particularly proud to have secured such an extraordinary location”, adding that he was “convinced that this new addition will represent an irresistible Roman jeweller hospitality experience in the Parisian upscale hotel market.”