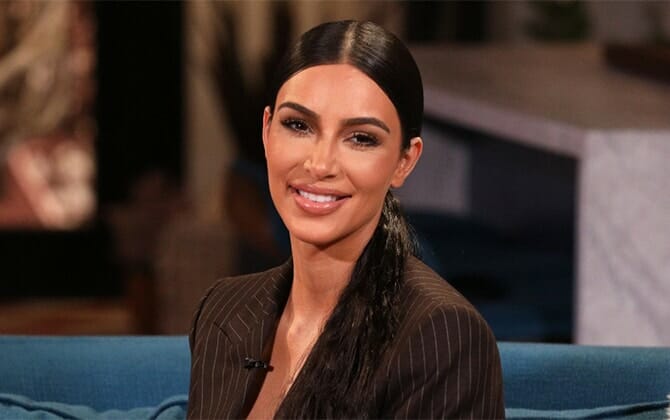 From barely-there to over the top, nobody does fashion like Mrs. West…

Between running a multimillion-dollar beauty enterprise and launching her new shapewear brand Skims, to juggling four kids and filming Keeping Up with the Kardashians and now, turning her hand to criminal law, KKW has her hands quite full.

A professional chameleon, the reality tv star (who turns 39 today) is also a fashion one, her sense of style evolving just as much, even more so, than her multiple career endeavours — think back to 2006 when she first popped onto the scene alongside BFF Paris Hilton, both clad head-to-toe in bodycon party dresses, teetering Louboutin heels and flashy 90s’ It bags that made them society’s most sought after duo.

Now, over a decade later, Kim’s style prowess is undeniable — emulated and loved the world round by a staggering (almost) 150 million Instagram followers.

Whether it’s her sleeker-than-sleek silhouettes, signature athleisure looks (usually in head-to-toe Yeezy) or custom-made gowns on the red carpet, there’s no denying that she’s a head of the style curve making us all follow suit adding camel jersey, bondage-inspired garments and the brightest neon yellow to our wish-lists.

As she celebrates her special day, we take a look back at some of her best fashion moments over the past 10 years. Scroll below for the ultimate recap:

In a beaded gold and silver gown by Jean Paul Gaultier for the 2015 Grammys. 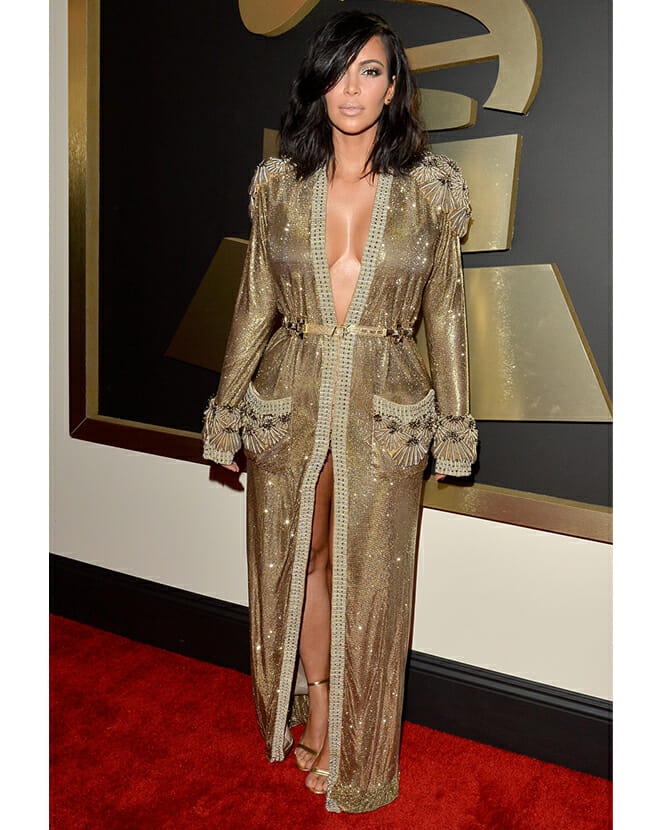 In a crystal- and feather-adorned Roberto Cavalli dress for the 2015 Met Gala. 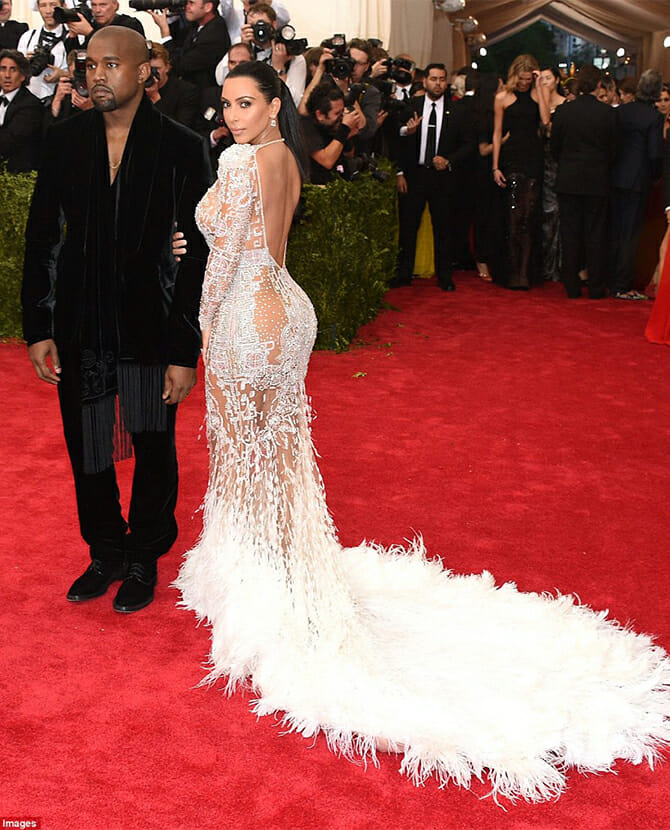 In a metallic Balmain dress at the Balmain afterparty during Paris Fashion Week. 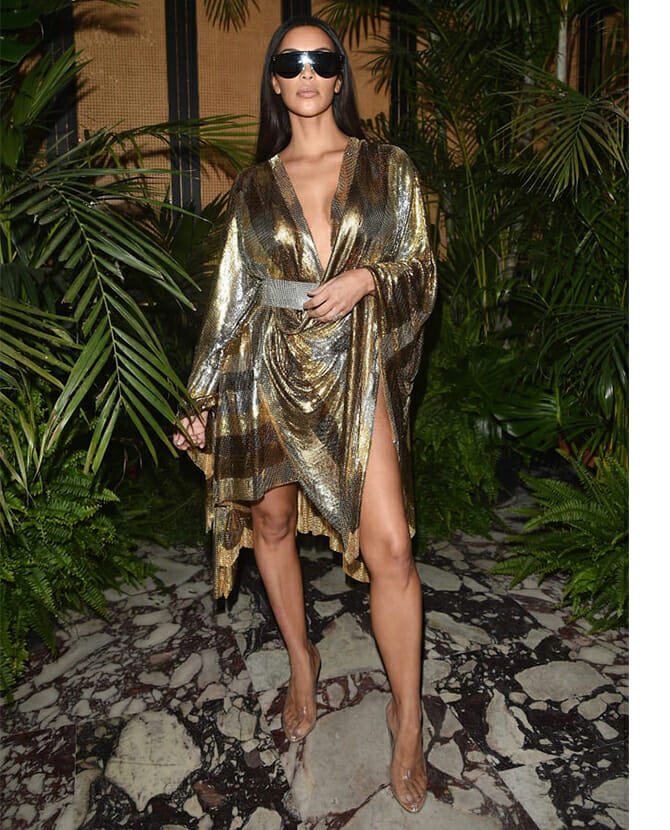 In a white lace Givenchy dress at the Givenchy S/S 2017 show during Paris Fashion Week. 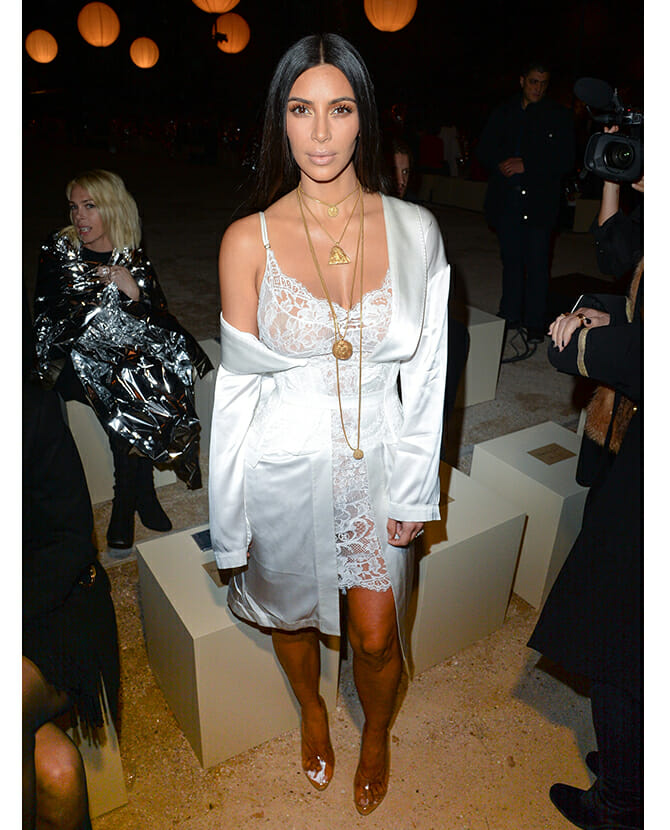 In a skintight yellow silk Versace dress for the Business of Fashion dinner. 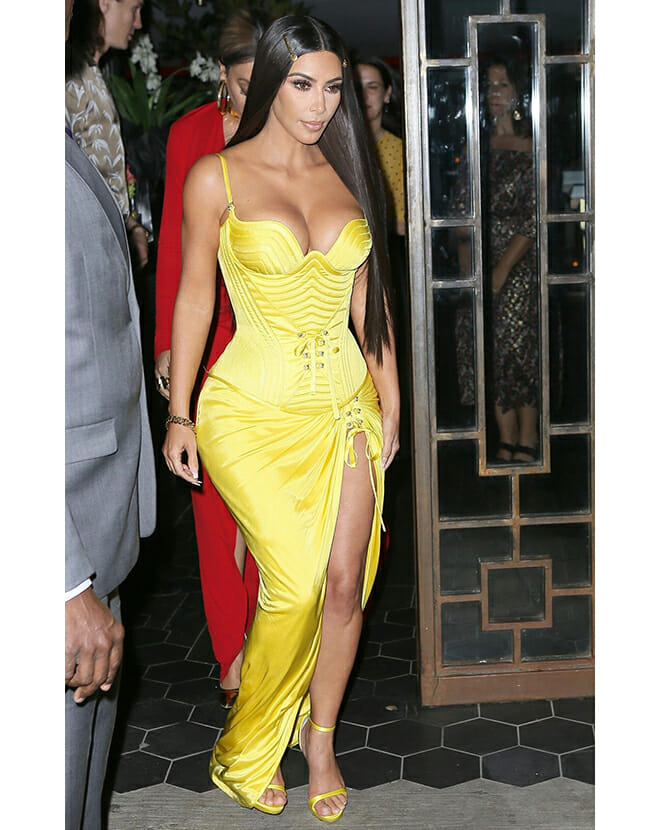 In a grecian-inspired Rick Owens dress at the the 2018 CFDA Awards. 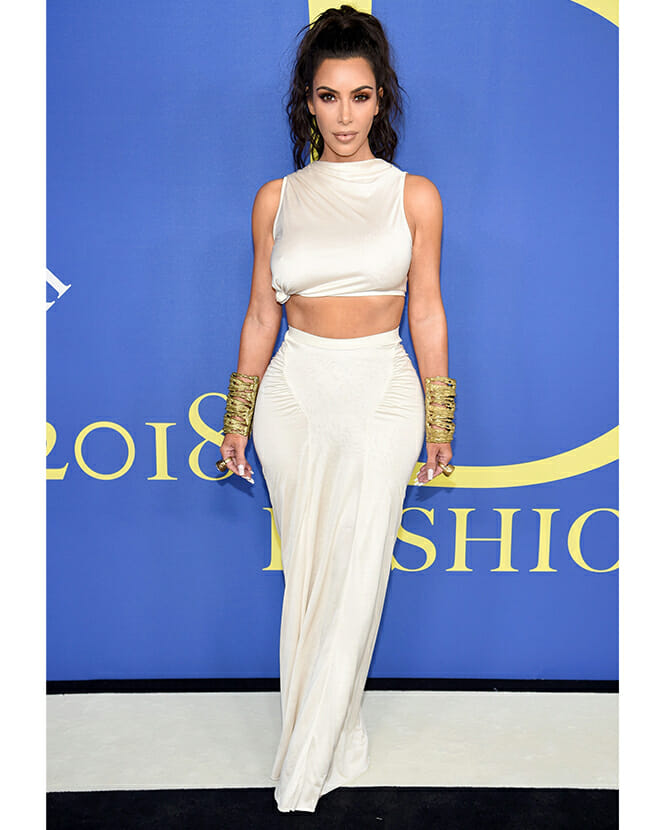 In a highlighter-bright Atsuko Kudo dress for 2 Chainz wedding in Miami. 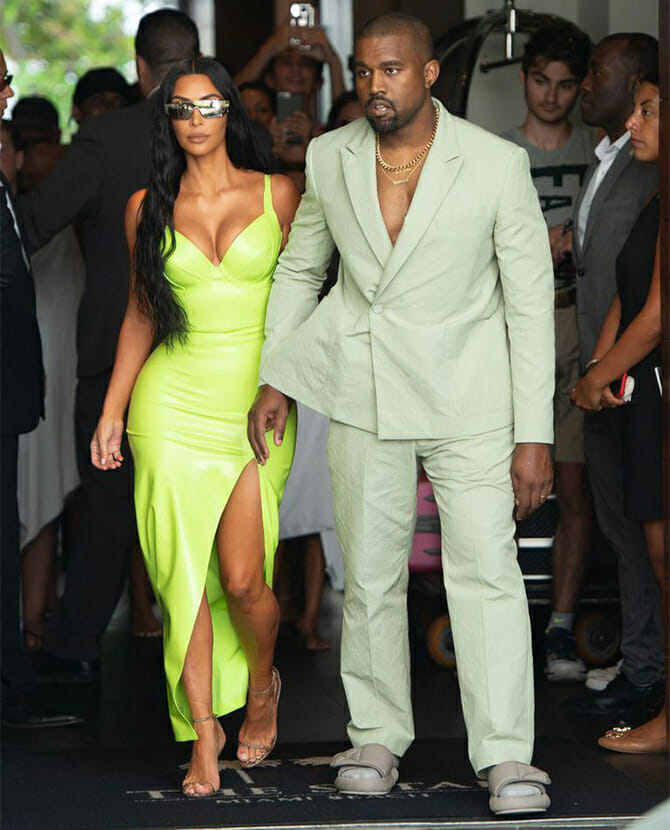 In a money-printed Jeremy Scott trench coat for the Anastasia Beverly Hills party. 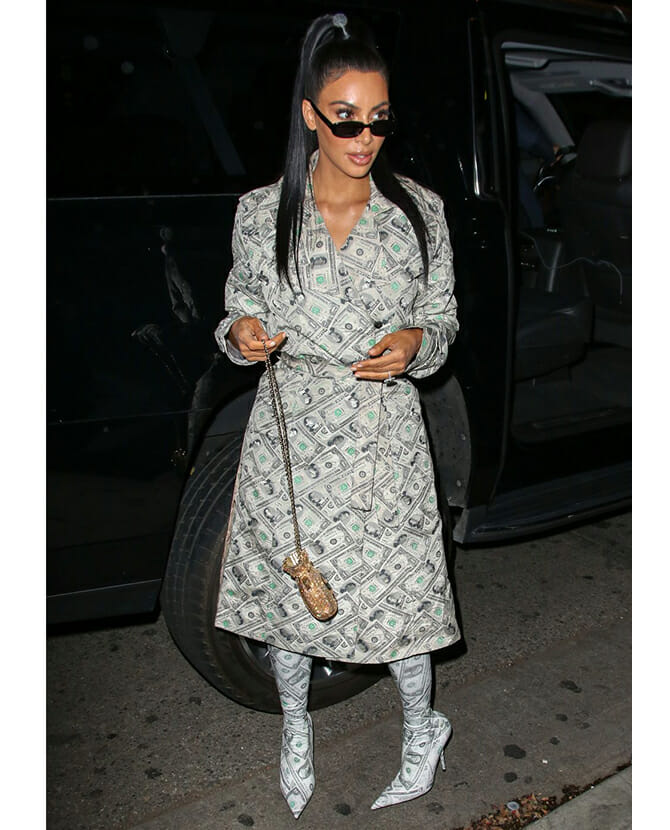 In a gunmetal catsuit by Versace during Paris Fashion Week. 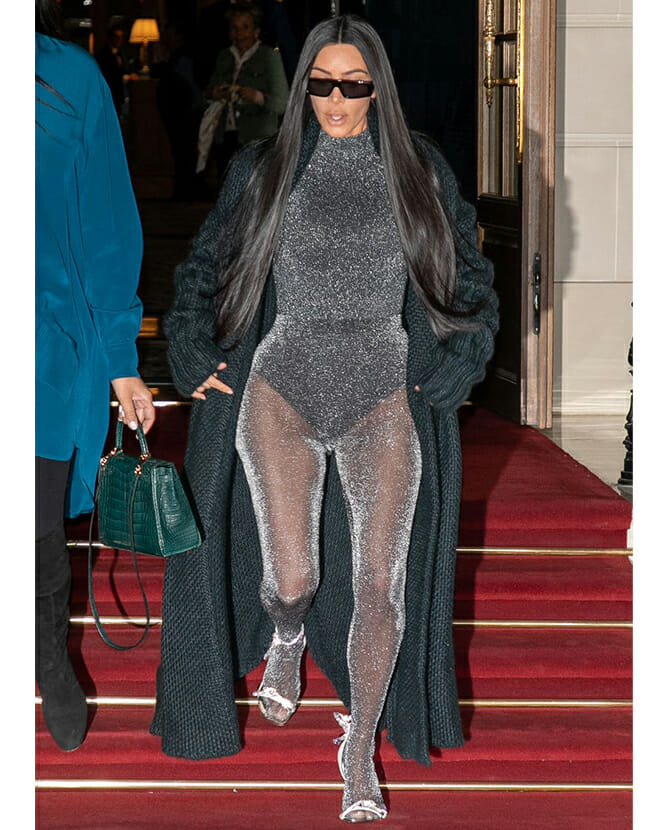 In a wet-look dress by Thierry Mugler for the 2019 Met Gala. 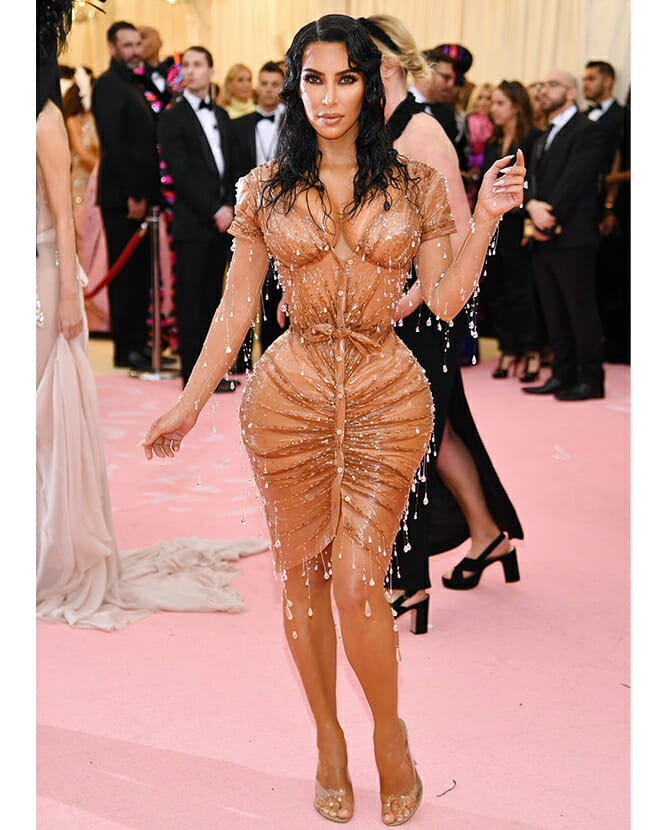