December just got a whole lot brighter, thanks to this month’s birthstone 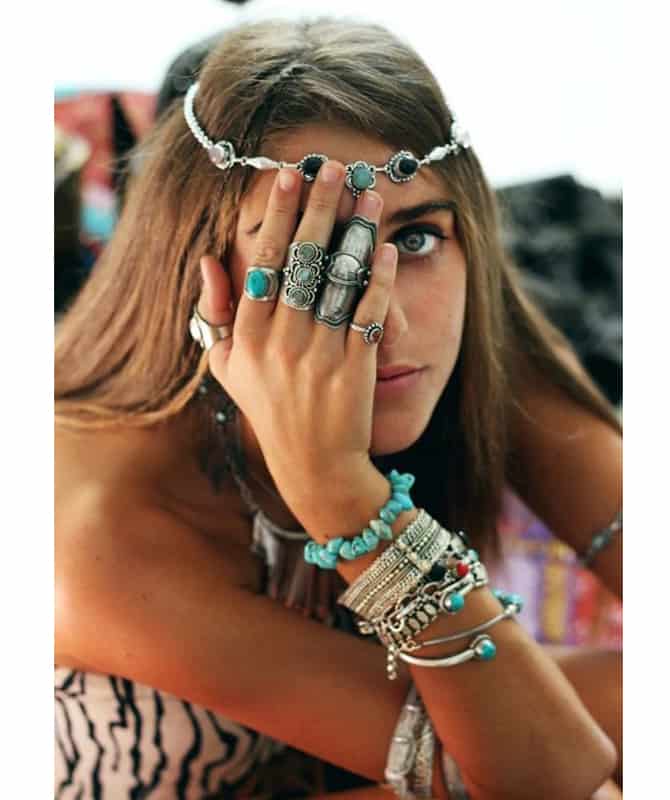 The perfect accompaniment to literally everything in your closet…

From fancy cowboys to festival-going hippies, turquoise has always attracted a motley of fans who’ve been drawn to the burning blue stone like moths to flames. Yes, December’s birthstone has been cherished by various civilisations, all who’ve turned to the mystical stone for its many beneficial powers.

To the ancient Egyptians, it was an emblem of luxury, protection and good fortune, adorning the old jewellery of many Egyptian pharaohs with the most extravagant piece set on the funerary mask of King Tut, himself. In ancient Turkey, Tibet, and Persia, the stone was used for protection added to horses, weapons and buildings to shield them from harm.

For many Native Americans, meanwhile, the sky-blue gemstone held great talismanic value. One popular belief amongst the Apache was that turquoise could be found by following a rainbow to its end, while the Navajos strongly associated the stone with protection from evil, hanging turquoise from the ceiling or storing it in baskets to protect their families from harm. And finally, in Aztec mythology, turquoise was associated with the fire god Xiuhtecuhtli (also know as the Turquoise Lord) who was often depicted wearing a crown and ornaments made of the much-prized blue stone.

Today, the widely available stone is recommended for an abundance of ailments, from exhaustion to depression and pain attacks, and is even used by crystal healers to help heal the whole body.

Peaked your interest? Here are 7 mesmerising pieces to add to your jewellery collection this December…