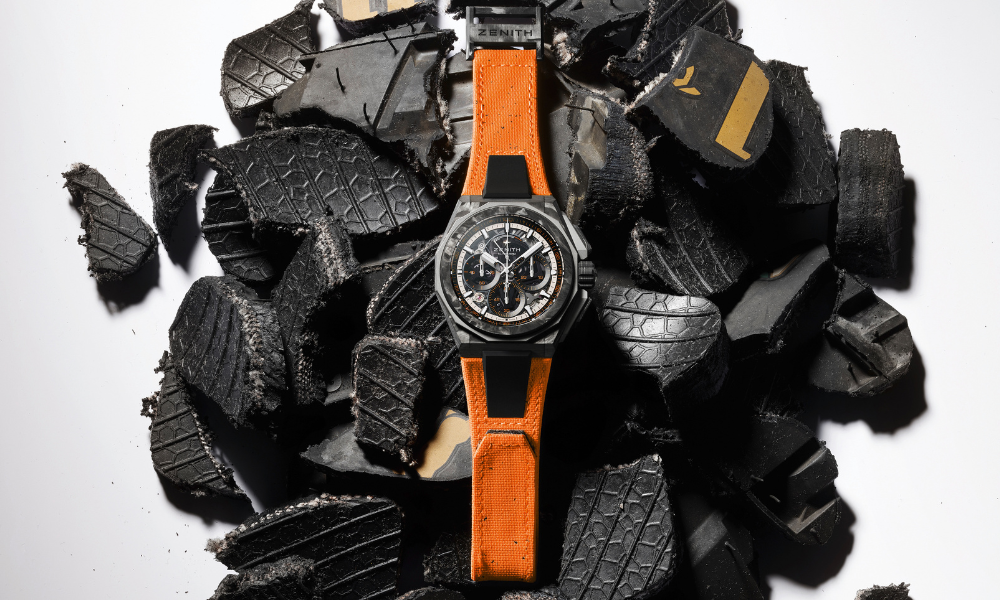 The new timepiece was revealed during the Island X Prix in Sardinia...

Earlier this year, Zenith introduced the first edition of its DEFY Extreme E timepiece at ‘Desert X Prix’, which took place in Neom, Saudi Arabia – at which, BURO. Middle East was on site for the big reveal. And whilst Zenith proudly boasts the title of Extreme E’s official timekeeper and founding partner, the Swiss luxury watchmaker just unveiled the second edition at ‘Island X Prix’ on the Italian island of Sardinia, where the electric rally racing championship took place.

Following the vivid yellow seen on DEFY Extreme E timepiece at ‘Desert X Prix’, the second edition incorporates upcycled elements from the championship with ‘Island X Prix’s official colour in orange. Why orange? It evokes the scorching-hot temperatures of the Italian island during the summer season.

Crafted in incredibly light yet highly robust carbon fibre, including the crown and chronograph pushers, the timepiece comes complete with an emphasized boldly angular geometry of the case, as well as pusher protectors and the twelve-sided bezel made in micro-blasted titanium.

Continuing its commitment to sustainability – which lies at the core of Extreme E and the ZENITH HORIZ-ON initiative – the DEFY Extreme E “Island X Prix” timepiece is offered with a rubber strap infused with materials of recycled Continental CrossContact tires that were used in the first season’s races. Matching the ‘Island X Prix’ bright orange accents on the dial, there’s a Velcro strap that features a black rubber central element surrounded by an orange cordura-effect rubber inlay. It comes complete with two additional straps in black rubber and black Velcro.

The DEFY Extreme E “Island X Prix” will be made in a limited edition of only 20 pieces and will be available at ZENITH physical and online boutiques around the world.