Two of which are available exclusively online
March 21, 2018
Maddison Glendinning 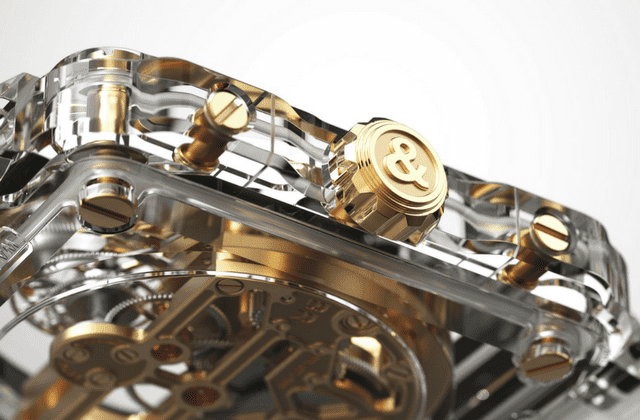 Baselworld kicked off in Geneva today and Bell & Ross gave the world something to talk about on day one...

With SIHH having wrapped for another year in January, it’s now time for Baselworld to take the stage. The second, and last, international watch conference for the year began today in Geneva, Switzerland and Buro 24/7 Middle East got an exclusive preview of one of the fair’s most exciting announcements.

Luxury French watchmaker Bell & Ross is debuting three new styles of its BR-X1 Skeleton Tourbillon Sapphire timepiece, an update on the BR-X1 Chronograph Tourbillon Sapphire which was first introduced by the brand in 2016. The latter was a revolution in watchmaking at the time, and the brand has continued to challenge itself to push the boundaries of the piece’s possibilities.

Now, the newest updates include a transparent sapphire case (made from five blocks of sapphire) that allows full viewing of the skeletonised tourbillon inside the piece, as well as the introduction of colours. According to the brand, “a number of monochrome movements have been individually produced, intended for the most discerning collectors. A single colour has been used for the main plate, bridges, dial, hands and tourbillon cage; thus creating a customised face for each unique piece.” The colours used in the new models are black, pink gold and blue.

Discover the new novelties below…

Now, see the top five trends in horology for the year ahead from SIHH.