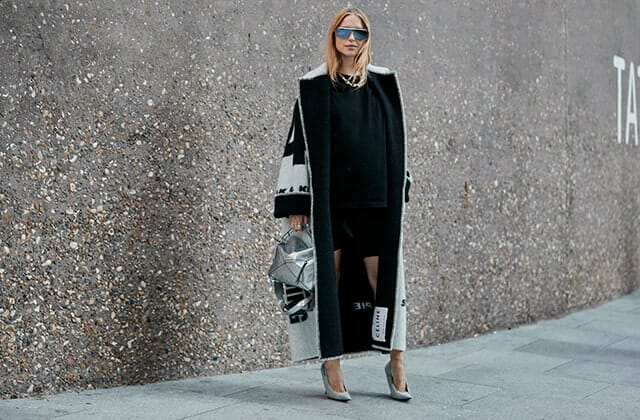 London Fashion Week has officially come and gone but not before ending on a high note. The fash pack were spotted sitting front row at shows including Natasha Zinko, Rixo and Richard Quinn, which followed a slew of other notable shows such as Burberry, Victoria Beckham and Delpozo.

As the weather started cooling down this week, trendsetters were dressed in autumnal-ready silhouettes, with lots of baggy shirts tucked into maxi skirts, oversized coats, suede suiting, pleated long sleeved dresses and a slew of statement eyewear and accessories.

Now, the crowds are headed to Milan for the next line-up of shows before ultimately ending in Paris the following week.

Then, take a look at our previous round-up of favourite street style looks.